London is currently seeing a boom in really large galleries, and these tend to be concentrated in up-market Mayfair. Several global players in the art market, such as New York’s David Zwirner and Larry Gagosian, are wooing their international and in particular their European clients in this way, who do not always want to travel across the Atlantic. Moreover, big financial hitters from Asia and the Middle East traditionally have stronger links to the British capital. The high-end London galleries are squaring up to this, and opening new premises close to Christie’s and Sotheby’s in central London – for collectors who are only in the city for the weekend do not want to have to travel across the city in order to go shopping after viewing the art. Victoria Miro, who represents framed international artists such as Peter Doig, Ian Hamilton Finlay, Elmgreen & Dragset and Chris Ofili, has now new rooms in St. George Street in Mayfair as a second gallery in London. It had quit this extremely expensive district back in 2000, relocating to a large industrial hall of some 1,000 square meters in Islington, which in 2006 was extended to include a new building of a similar size, enabling the gallery to host very spacious presentations. The plans to convert the halls and the new building were masterminded by Claudio Silvestrin, who has now designed the new rooms in Mayfair. He came to fame with his elegant Minimalism, among other creating countless Armani boutiques worldwide. In the factory halls, he preserved the rusty beams and the industrial flooring and thus forged spaces linking the local character with the ideal of a white cube. He thus juxtaposes the overtly neutral areas for presenting art, with their perfect lighting and no significant features that could distract from the art, to rooms with real character. And has done so again in Mayfair, in premises adapted to a building dating from 1720.

Michael Drain, who was in charge of the implementation, created a series of spacious rooms and walls with so-called shadow gaps. Here, no wainscoting diverts attention and the walls seem to float above the floor. At second glance, the floor turns out to be especially elegant. For the oak boards by Dinesen are up to 50 centimeters wide and give the room a calmed and more elegant appearance. GrandOak was thus the appropriate material for the distinguished townhouse in Mayfair. Or as Giorgio Armani once put it: “I like the strong and austere language of Claudio Silvestrin’s architecture – a complexity behind a simplicity that is so unspectacular, so understated, as to render it spectacular.” 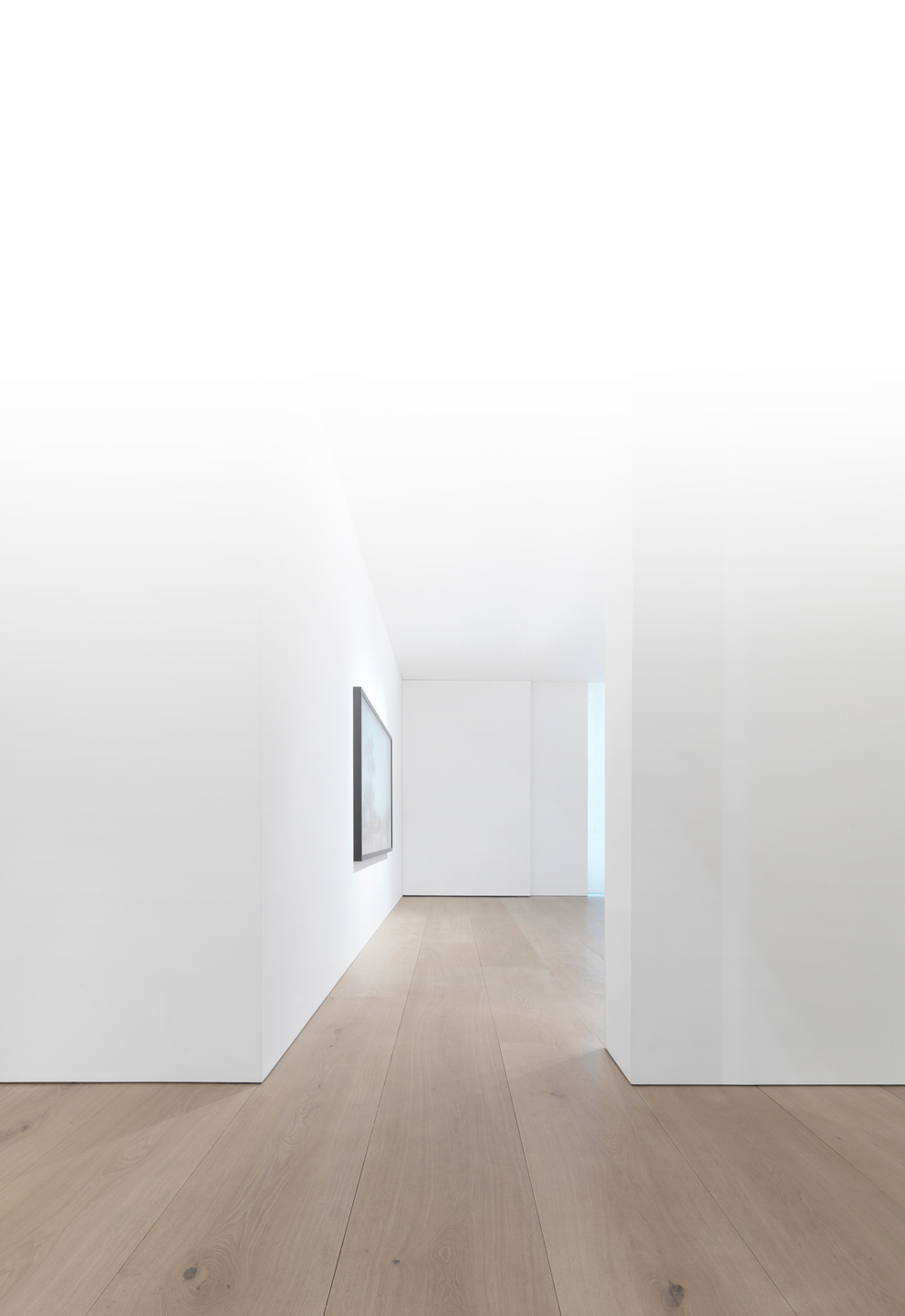 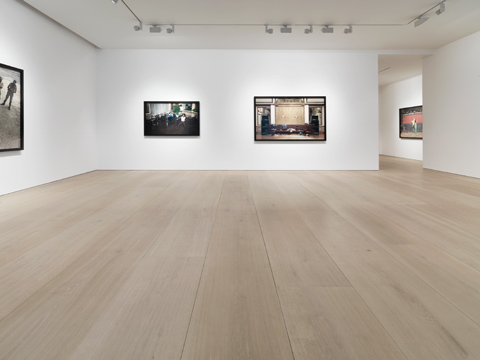 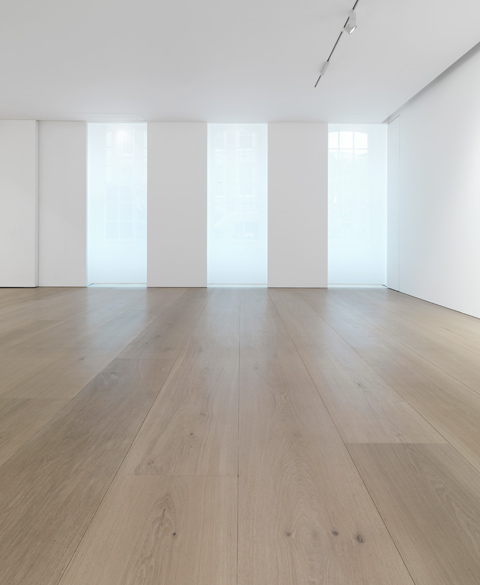 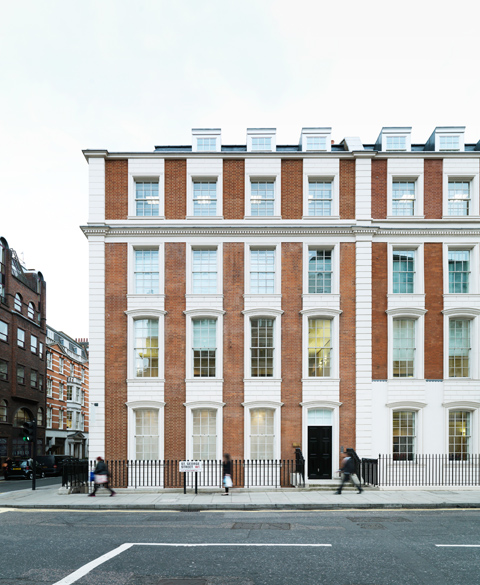 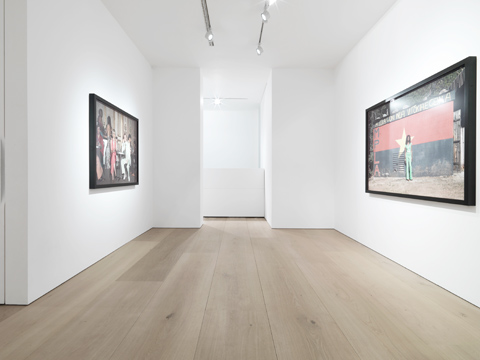 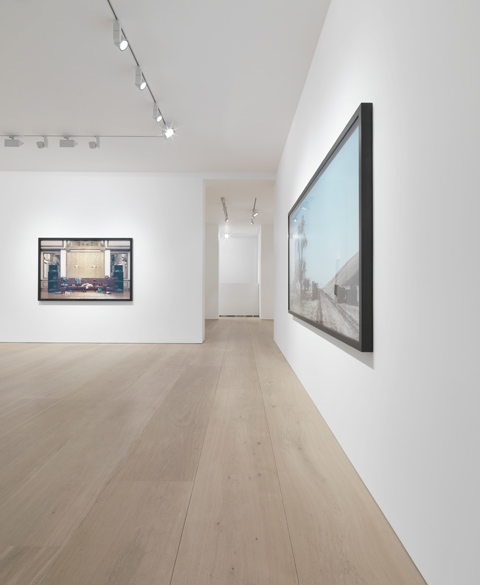 The GrandOak floor boards are made of oak that is up to 200 years old and have a decent and even grain with very few knotholes. Photo © Anders Hviid|Victoria Miro Mayfair | Concept Claudio Silverstrin Architects. Executive Architect Michael Drain 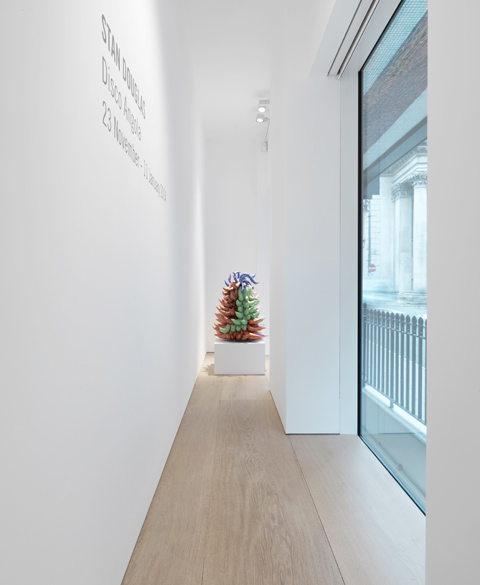 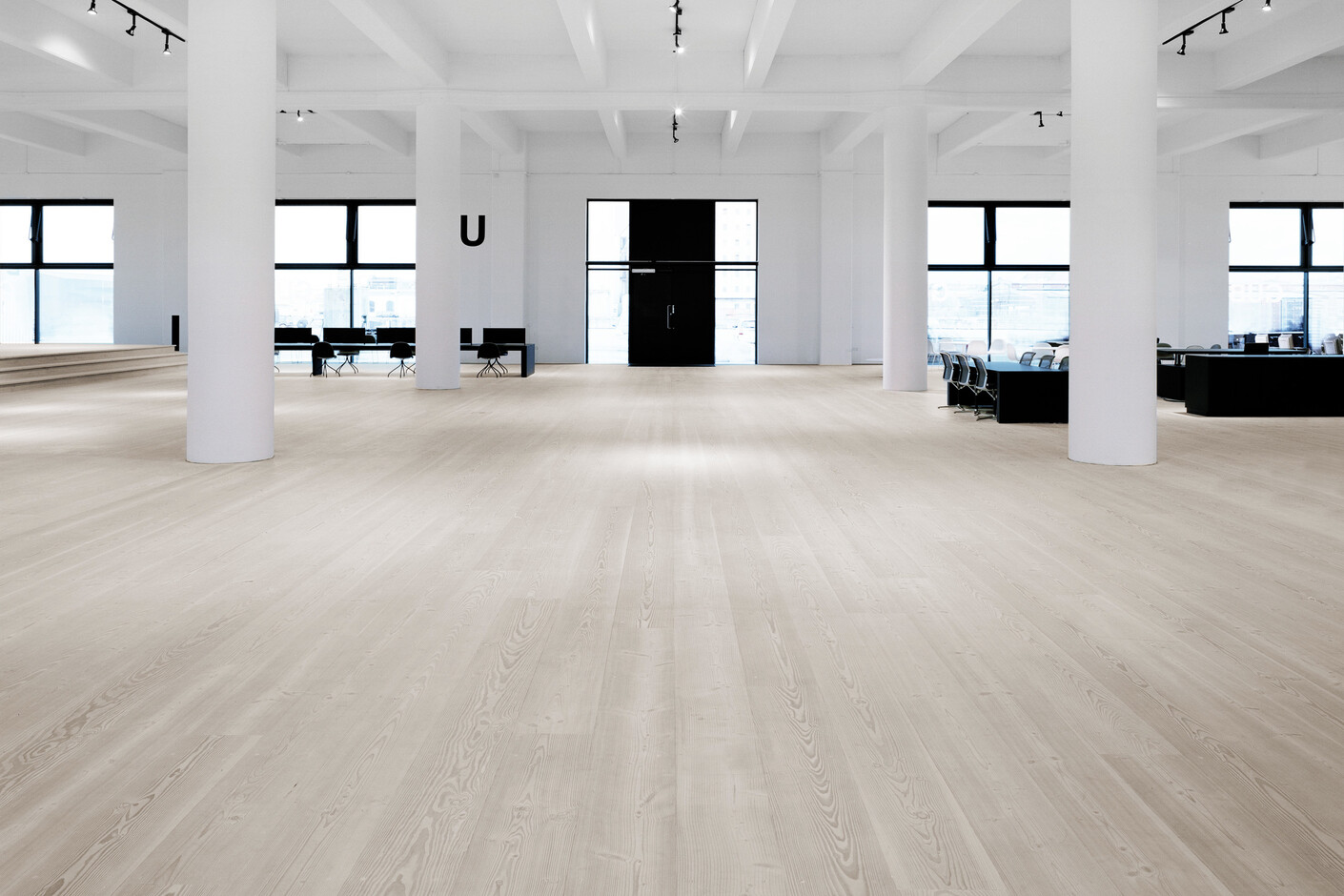 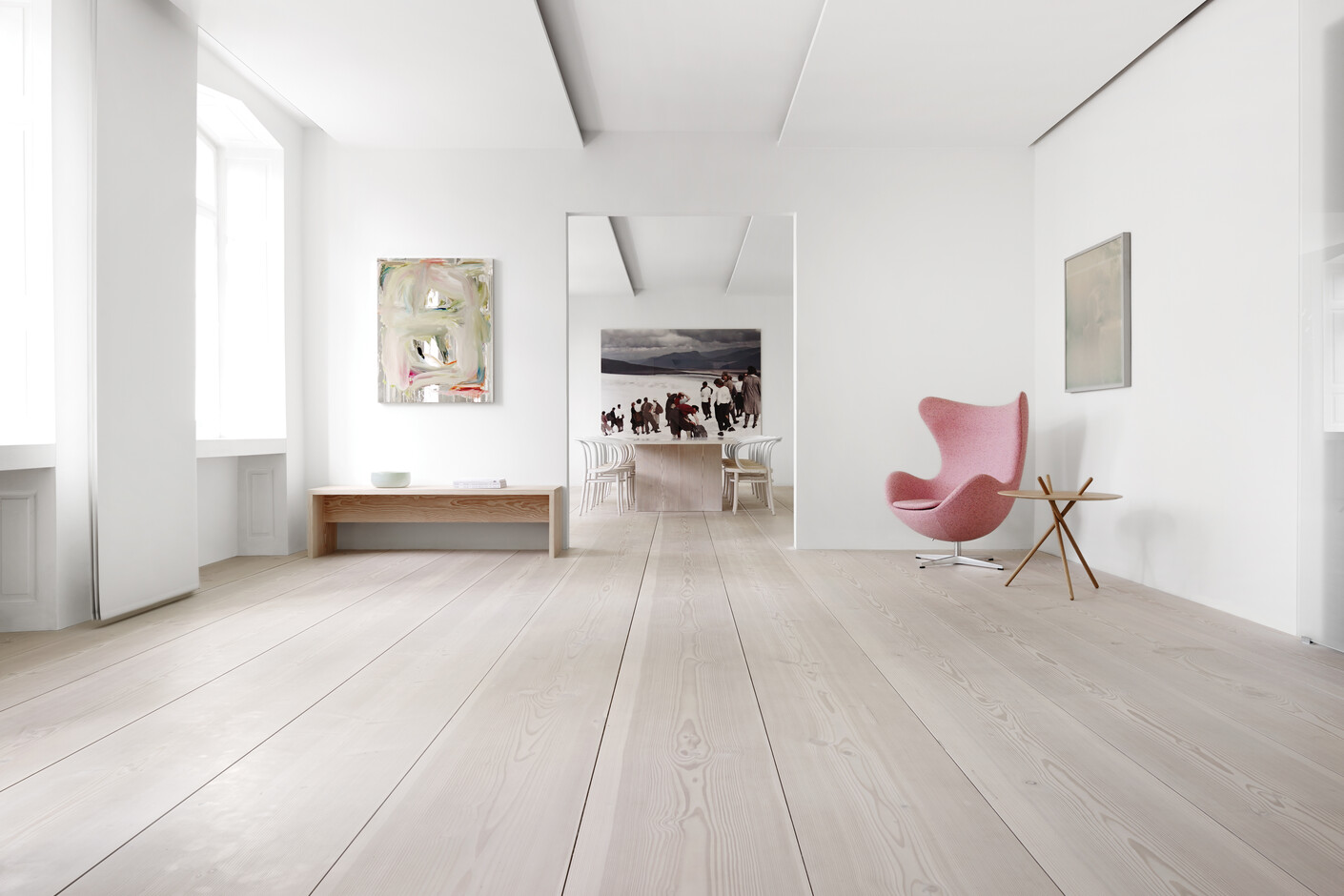