One of the key ideas informing the new city tunnel in Malmö, Sweden was to make a subterranean world of light through the symbiosis of light and space. With the expansion of the new central railroad station and the construction of two new stations, namely Triangeln and Hyllie, public spaces were created with clear architectural contours that made it easy for travelers to find their bearings and were destined to convey a sense of security.

The world of light was in large part realized by Durlum. Light has been planned to harmonize with the architecture and to emphasize the effect of the light.

Since the underground interior section of the Triangeln station, which is in downtown, cannot be illuminated by natural day light, the architects have relied on modern artificial light controls to simulate daylight. Expansive LED panels light up the platform areas, and are supplemented by indirect lighting that flood the curved tunnel walls in white light. Brightness levels are adjusted automatically depending on the weather and the time of day.

Unlike in Triangeln station, the homogenous illumination of large surfaces in the new underground station attached to Malmö C main railroad station is achieved primarily by reflective ceilings. Dazzle-free light is directed via high-gloss, textured aluminum ceiling elements into the space, meaning that the tracks are enveloped in pleasant indirect light. The perforation of the ceiling elements and their mineral-wool filling also impact favorably on the acoustics of the station.

The illumination of the Hyllie station in the south of Malmö, which serves to link the new residential and commercial district of Hyllievång to the public transportation network, largely relies on indirect lighting technology in the track and platform areas. Both inside and outdoors, specially facetted mirrors are used to spread light with an even intensity across the area. 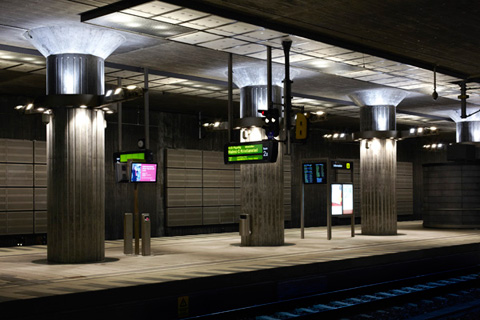 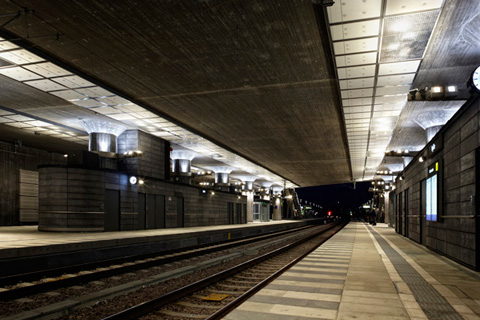 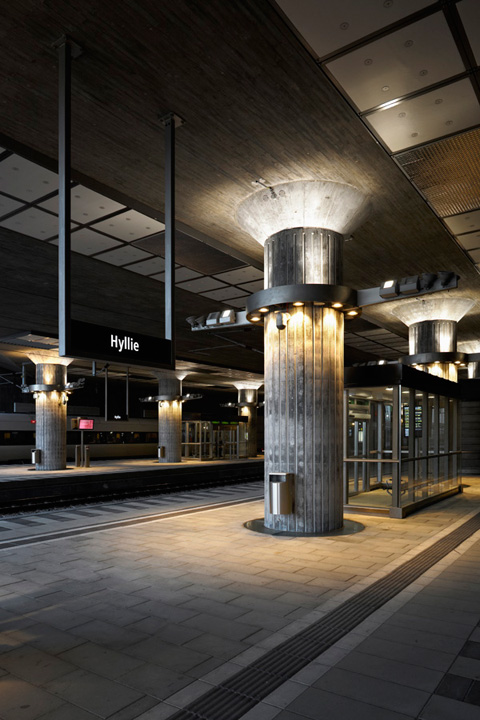 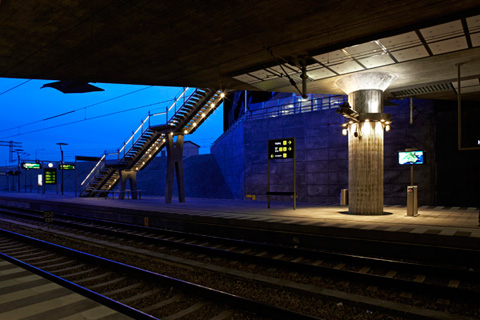 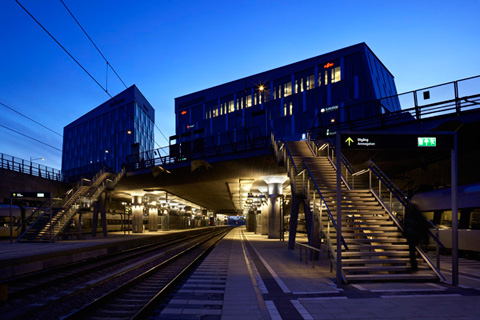 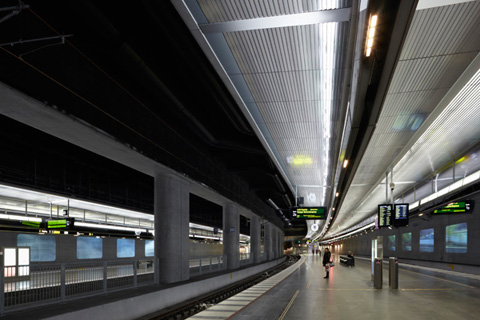 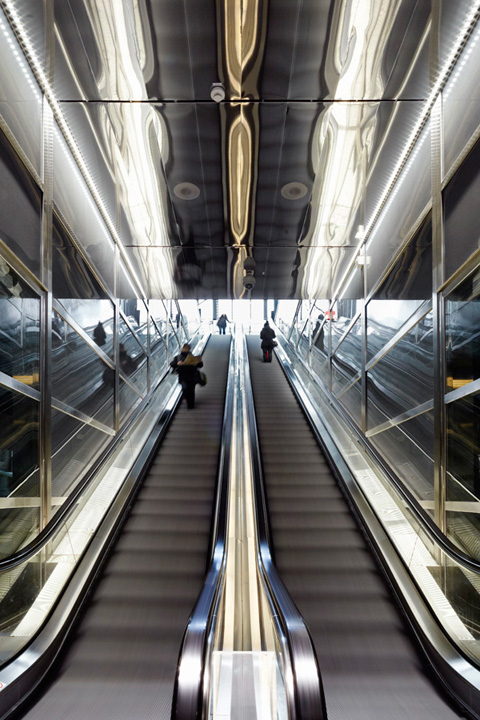 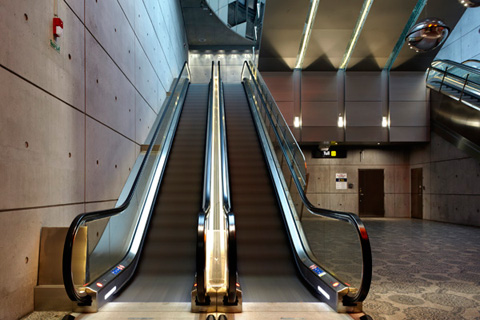 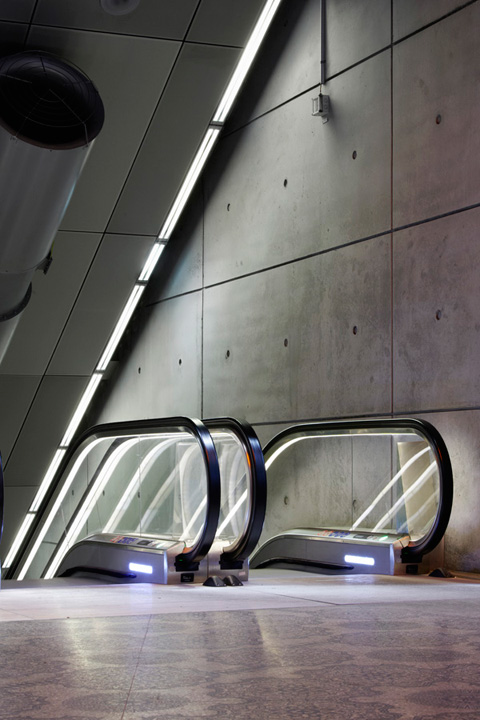 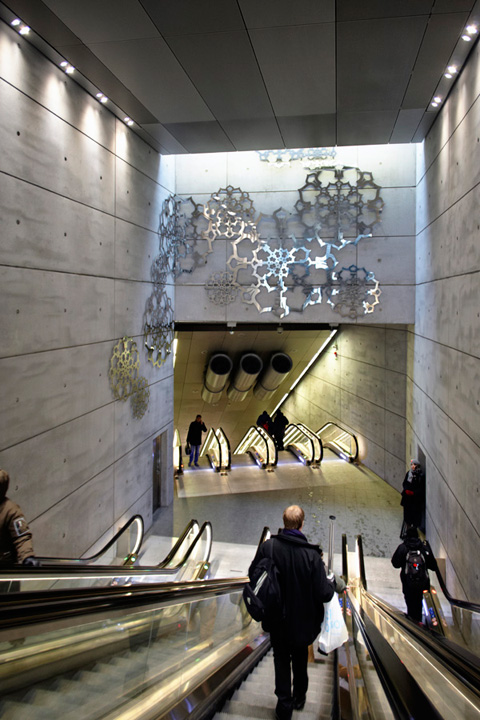 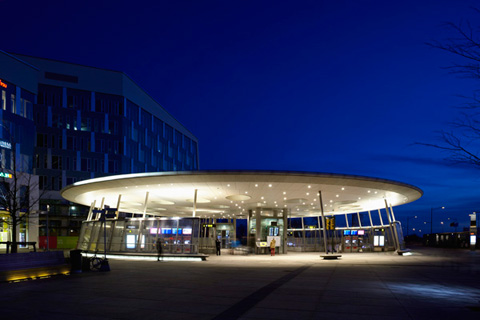 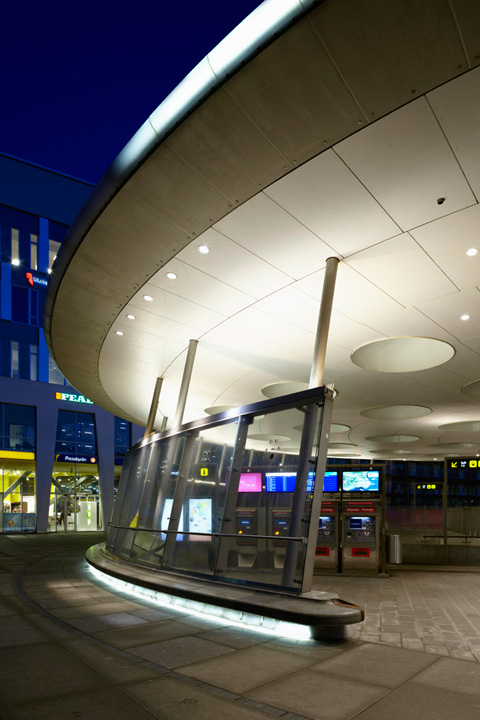 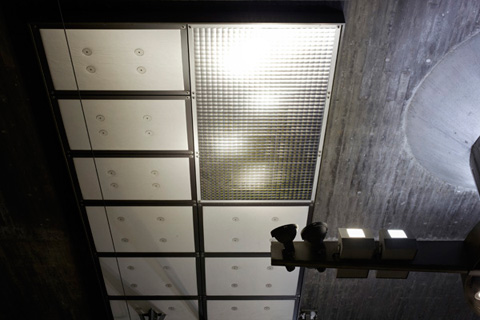 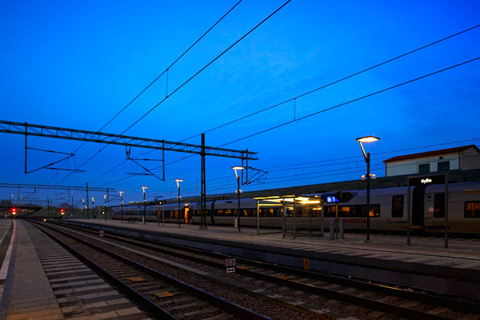 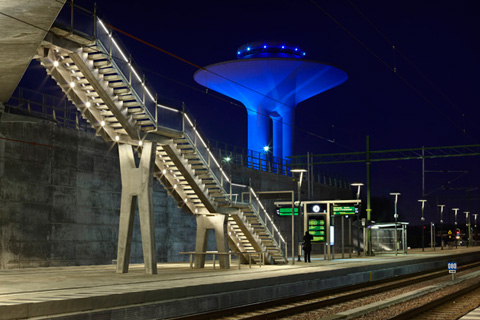 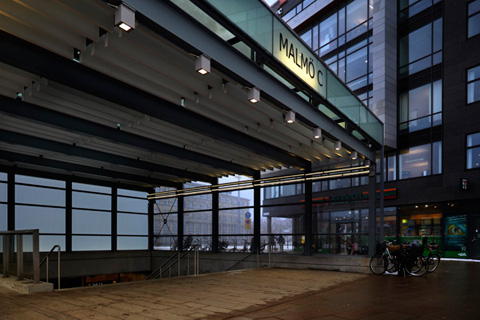 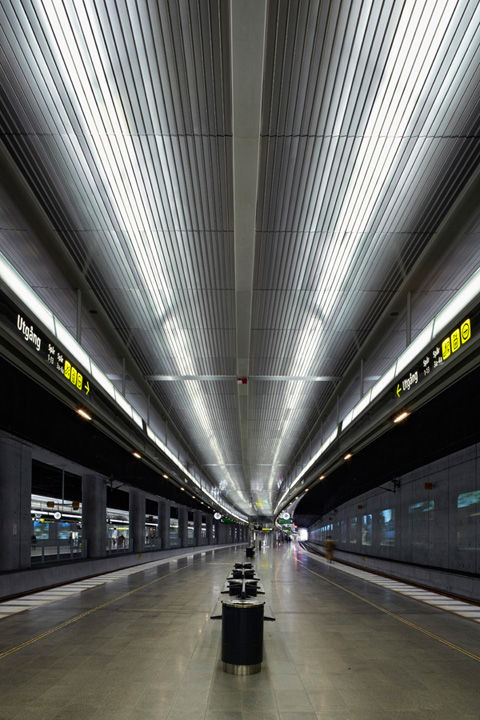 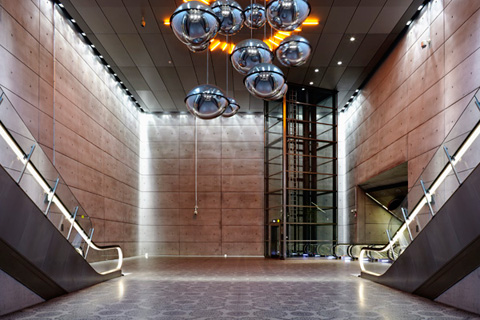 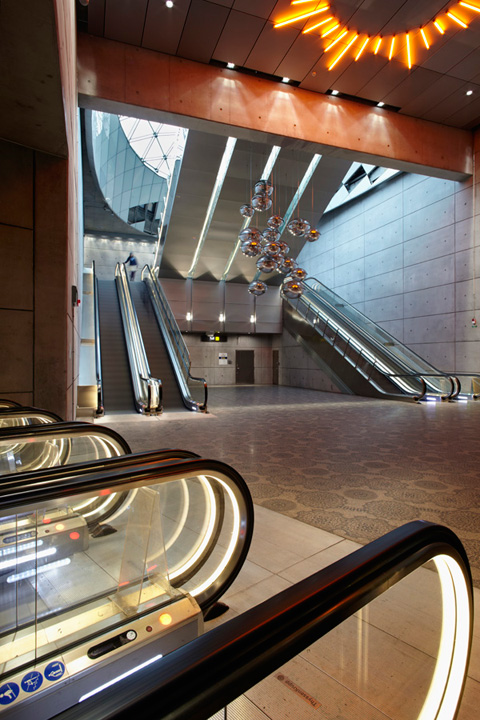 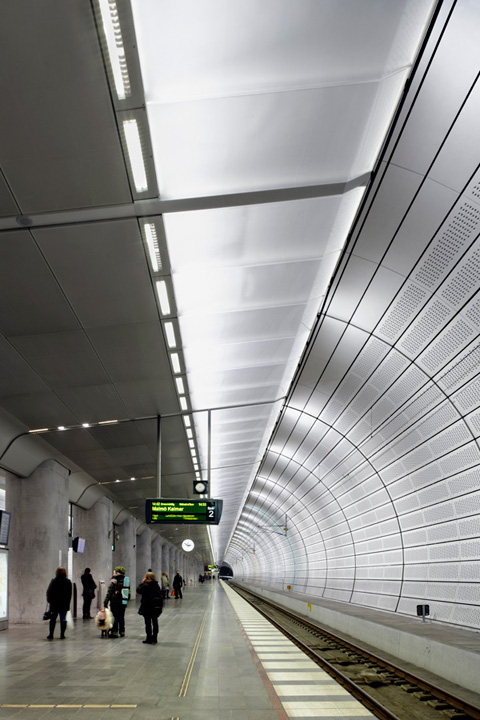