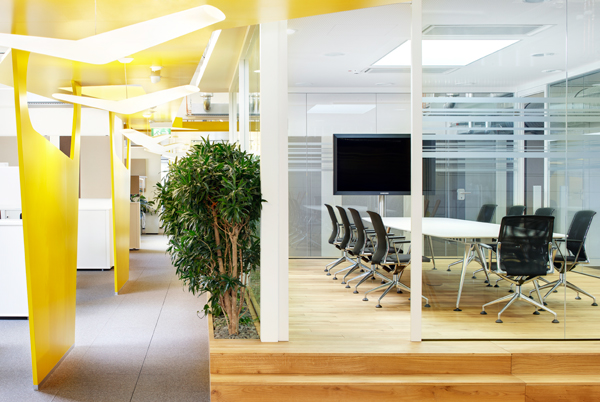 The interior designers had a lower ceiling installed in the former work halls, creating a space more suited to an office environment for VNB’s new Darmstadt premises, photo © Eduardo Perez/Vitra

The VNB (distribution network operator) based in Darmstadt supplies gas and electricity to southern Hessen, the area between the Rhine, Main and Neckar rivers. For their new office space in the former HEAG Südhessische Energie AG workshop building in Darmstadt they called in furniture specialists Vitra from Weil am Rhein to provide a new office concept and design.

In-house architect Gert Bock realized the design in consultation with Vitra, for which a yellow ceiling was installed in the 5.8-meter-high halls, an aesthetic constant that links all of the rooms like a ribbon and even reaches down to the floor in some rooms, and in doing so acts as a room divider. The overarching idea here was to create a connection between the five sections of the building. The team consciously chose the color yellow as a striking design element, for it denotes gas and is simultaneously evocative of the sun and light.

Vitra took on the task of planning the office, conference and management areas as well as the company cafeteria. The specialist went further than simply sending in pieces from their own collections of office and home furniture, but also accompanied interior designers Pirjo Kiefer and Miriam Vogel throughout the conception phase. Previously VNB employees have always worked in single or double offices and so, in a series of preliminary workshops, sat down with Vitra to develop this new, open and communicative working environment. As specialist supplier for the project, Bürodesign Nejedly provided the furniture and assisted with its installation.

“Alcove Highback” sofas, designed for Vitra by French designers Erwan and Ronan Bouroullec, are the perfect material accompaniments to this concept of communication and retreat. Their high back and side “walls” take them far beyond simple seating furniture, forming a separate niche within meeting and waiting areas. Further items taken from Vitra collections include the “Metal Side Tables” by Erwan and Ronan Bouroullec as well as the “MedaMorph” table and conference chair “Meda Conference” by Italian designer Alberto Meda.

With an aim to loosen up the former work hall atmosphere, the interior designers chose a graphic design concept that brings all of the individual elements together. In collaboration with the designers at 22quadrat, Vitra brainstormed potential graphic interpretations of the VNB’s work, energy distribution. The network pattern that adorns the walls on the building’s core culminates in yellow “dots”, which form a central nucleus. 22quadrat also implemented the design.

The interior designers had a lower ceiling installed in the former work halls, creating a space more suited to an office environment for VNB’s new Darmstadt premises, photo © Eduardo Perez/Vitra 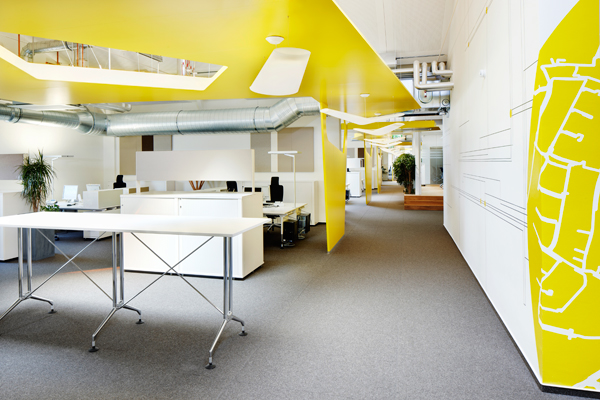 The color yellow is an aesthetic constant to be found in all of the rooms – representative of the gas pipes themselves, photo © Eduardo Perez/Vitra 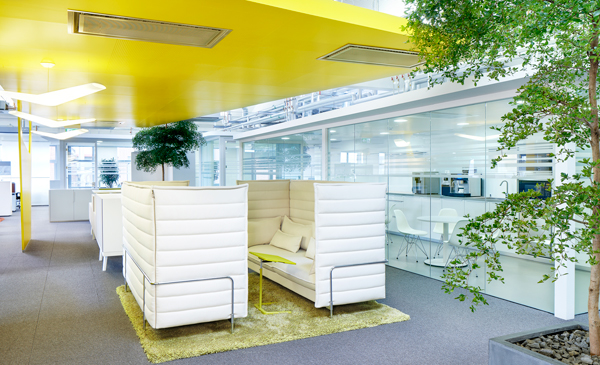 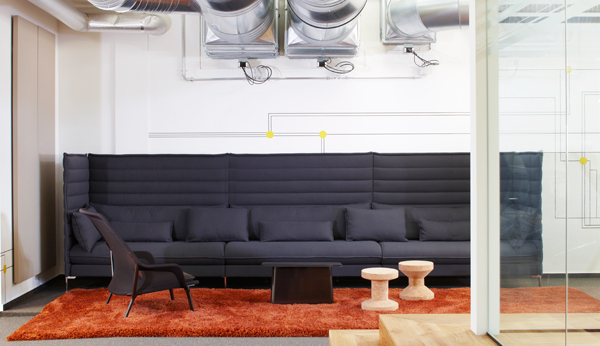 Office furniture specialist Vitra was commissioned with the office planning: “Alcove” is combined with “Metal Side Tables” by the Bouroullec brothers and the “Cork Stool” by Jasper Morrison, photo © Eduardo Perez/Vitra 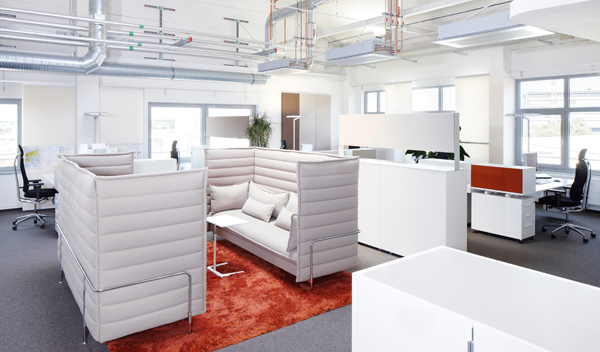 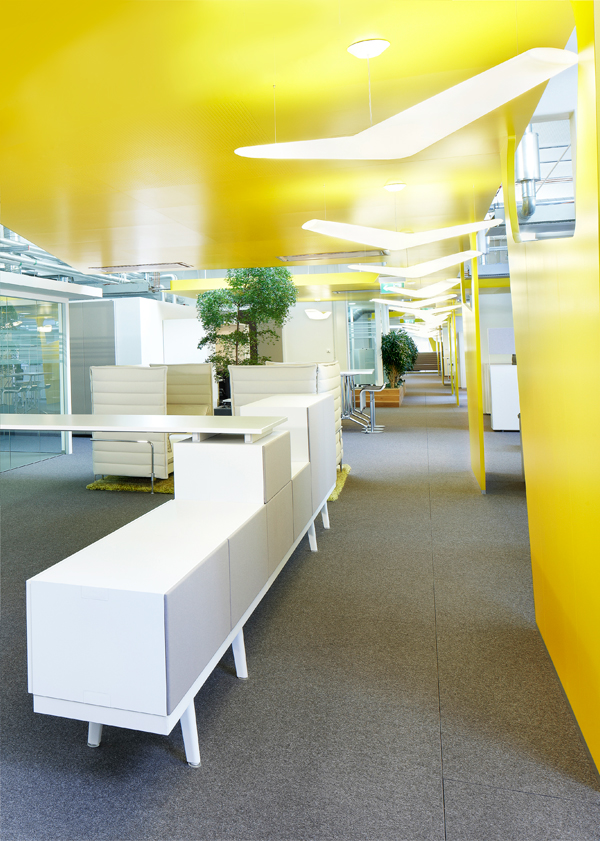 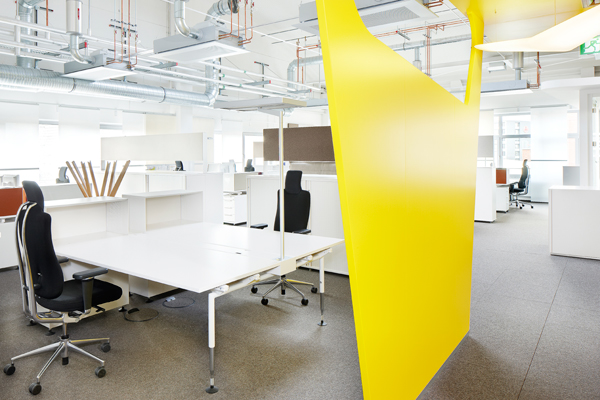 In certain places, the yellow ceiling stretches down to the floor, serving as a room divider, photo © Eduardo Perez/Vitra 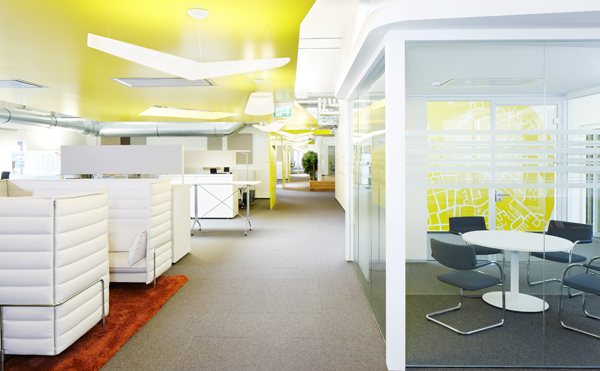 The arrangements in the offices are flexible and can be changed according to employees’ needs, photo © Eduardo Perez/Vitra 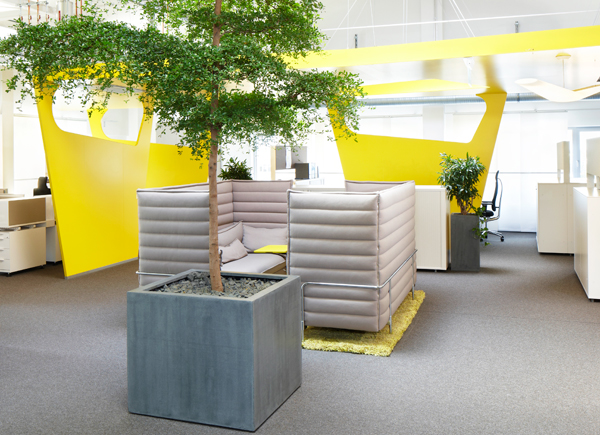 The employees’ request for an olive tree was granted, photo © Eduardo Perez/Vitra 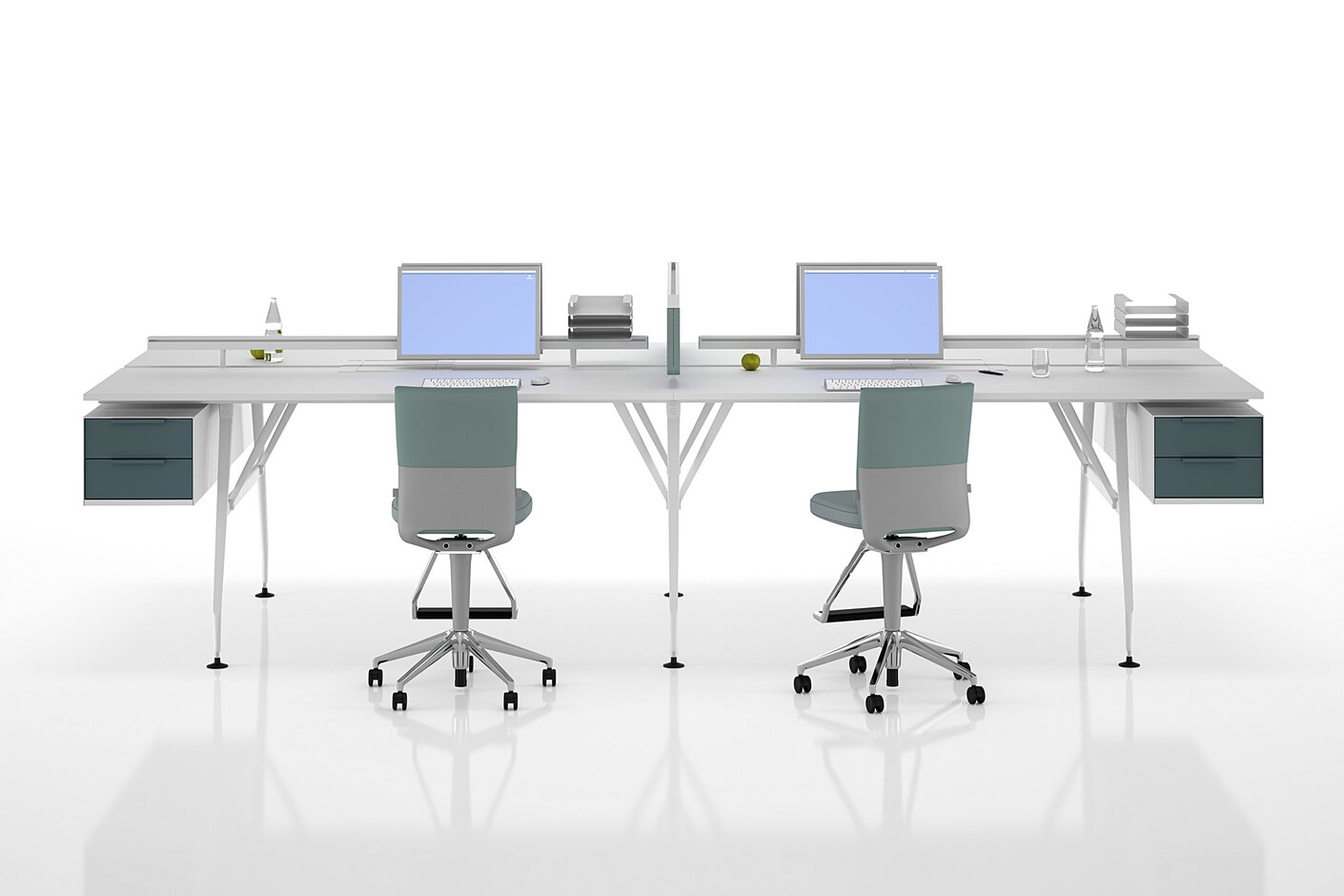 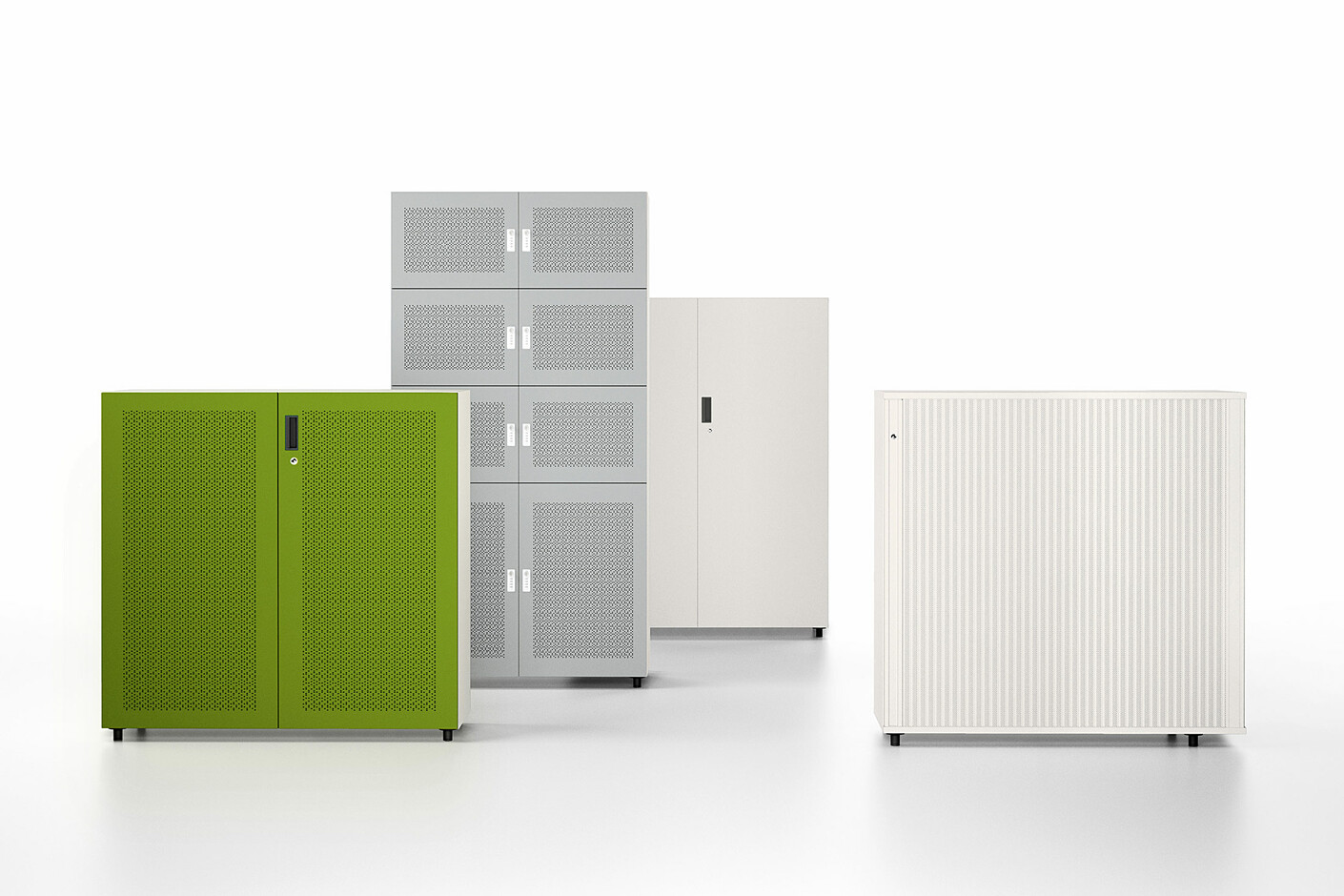 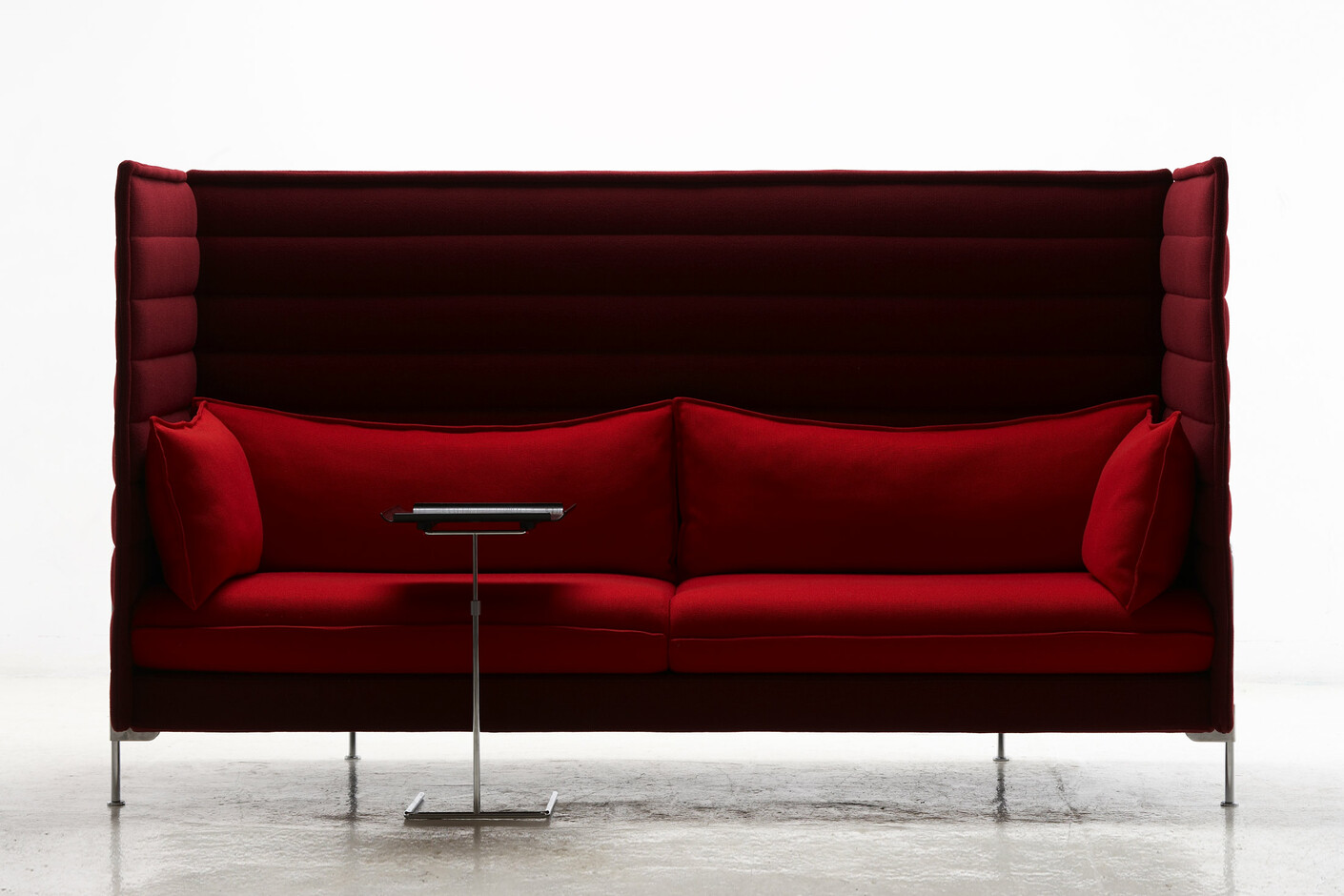 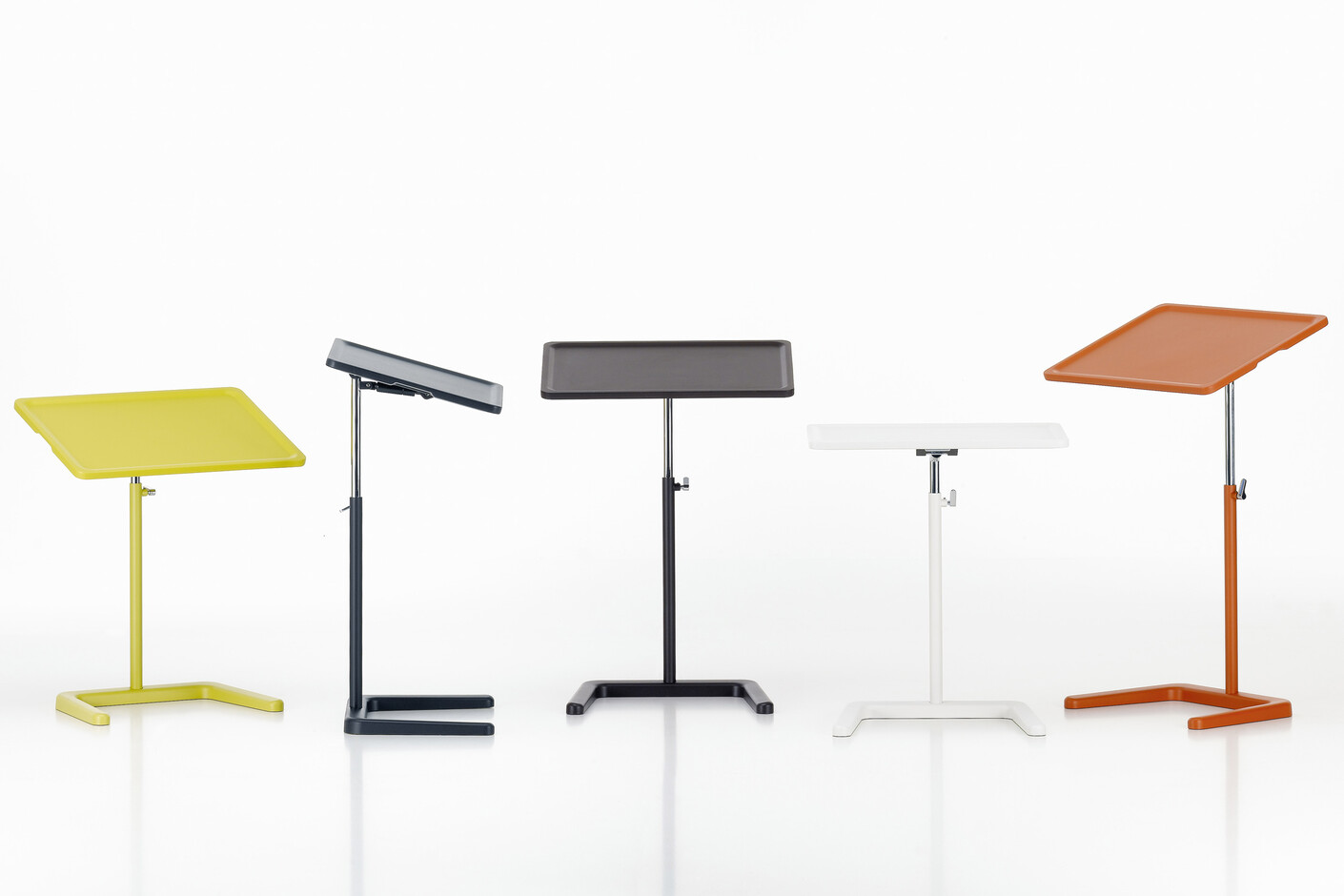 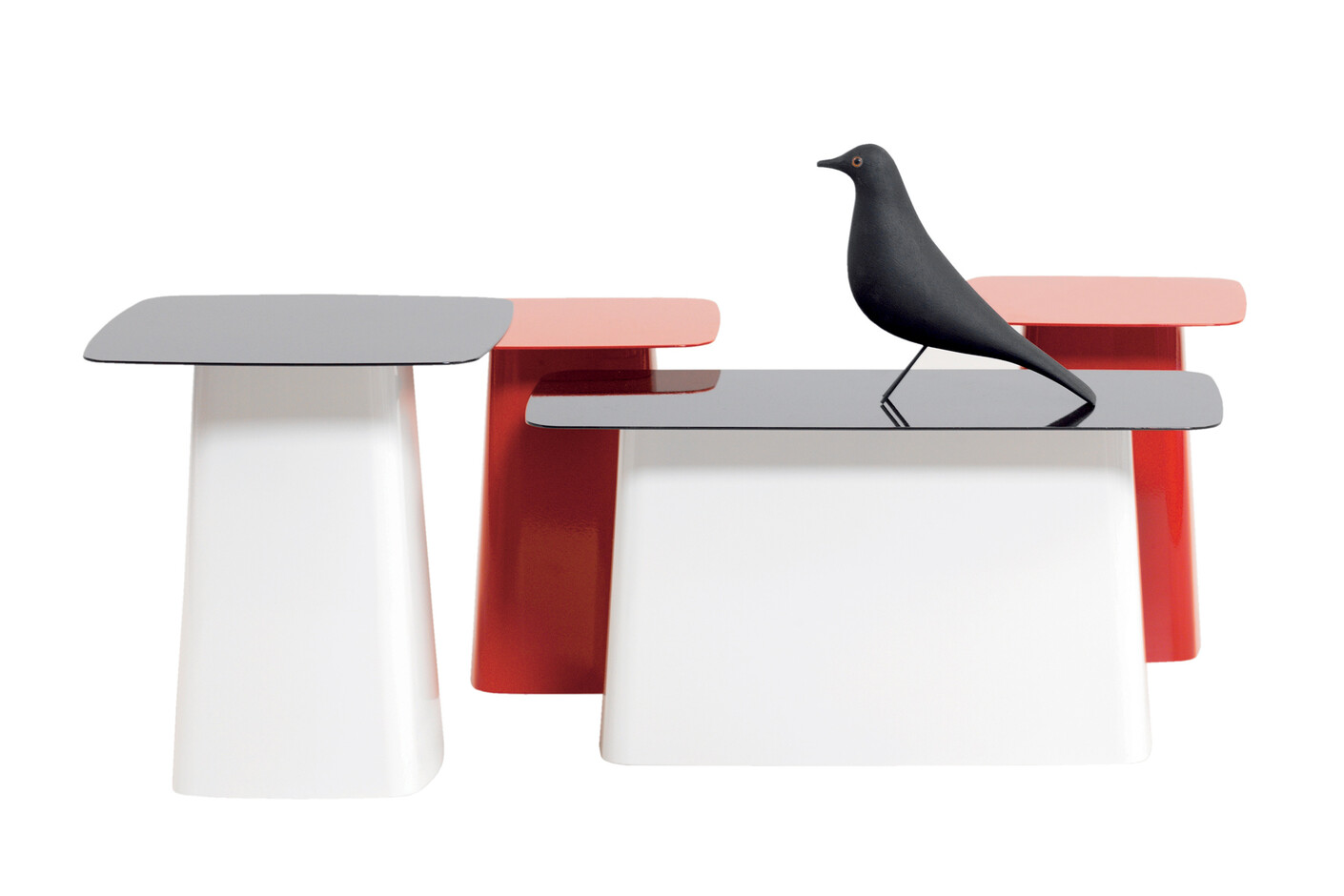 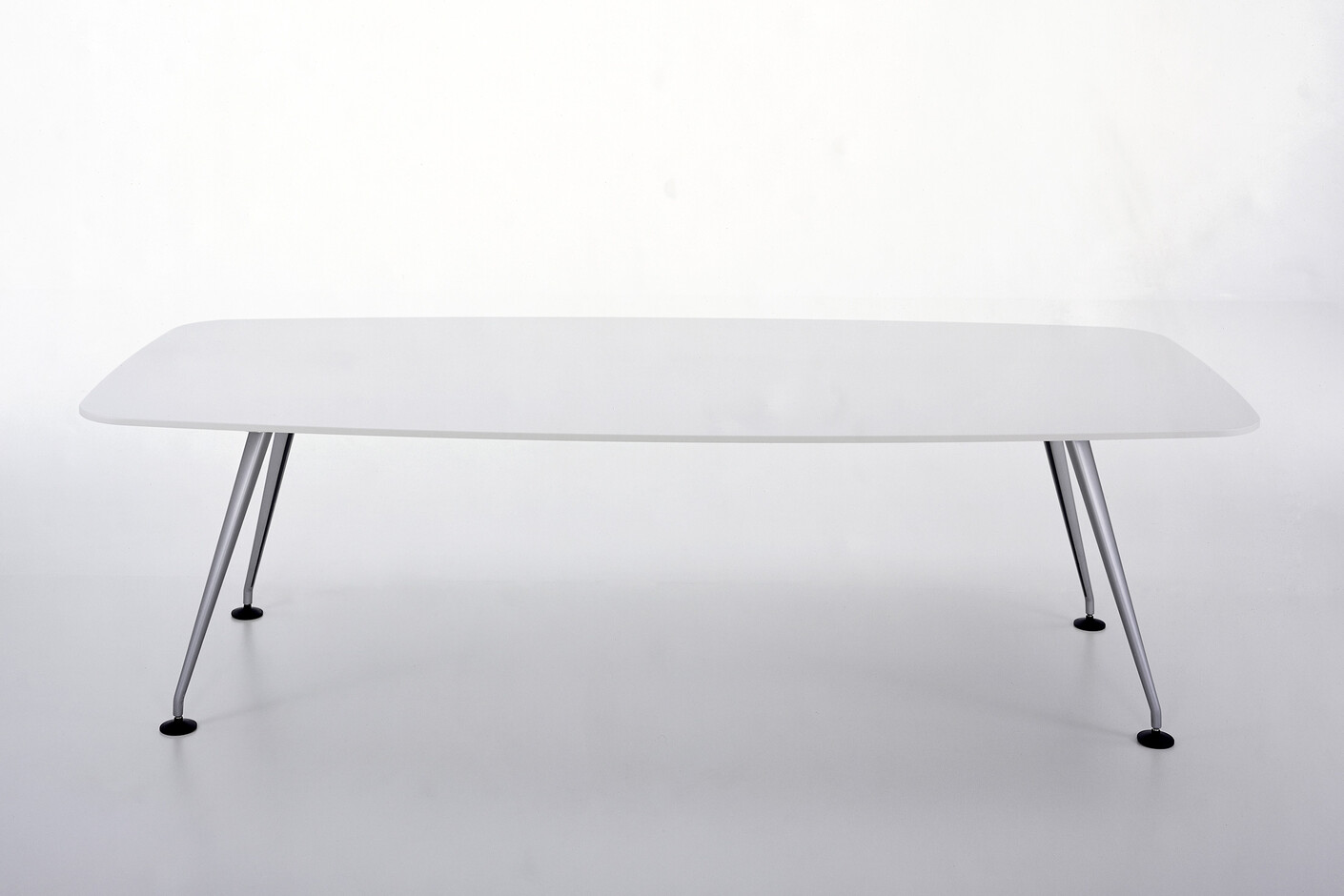