New traditions require new design. The modern fusion kitchen draws inspiration from the entire world and mixes different cooking traditions together. That is why Odoardo Fioravanti has redesigned a series of traditional kitchen utensils. Fusion Cooking consists of a palette, ladle and tongs, useful both for cooking and serving. Odoardo Fioravanti explains: "My approach towards design is to observe people's actions and behaviour, although they constantly change. This is the basis for any new concept. As to Fusion Cooking, I had noticed how people mix different food cultures together and I decided to develop some utensils aimed at the fusion kitchen. I wanted traditional utensils to have a new form, which had not been seen before - as if they had evolved and some new species had been created. The name symbolises both the inspiration behind the design, as well as the fusion in the combination of materials." Fusion Cooking consists of three products with different functions, but with the same expression and form. The tongs easily grip the food, the palette easily turns any meat and vegetables, and the asymmetrical ladle is good for serving. Fusion Cooking is a design for people who like to be surrounded by beautiful things - including in the kitchen. 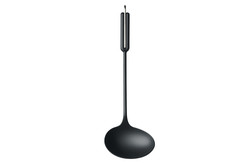 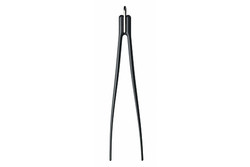 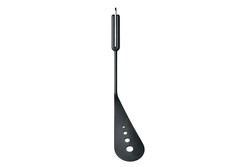 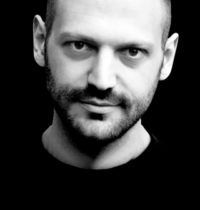