The view is expanded in a way that thinks outside the box, with as many living spaces as possible flowing into the garden. The large sliding and folding sliding doors meet the requirement for immediacy and closeness to nature. The first task was to adapt the space and surroundings in an organic way. The sun, ground, wind and climate were the starting point from which the sketches and then the building were created.

This building is located on a street in a suburb known for its villas and gardens. As it was not possible to have a proper view of the countryside, the aim was to build a house which appears closed off to the street but opens out onto its own garden. The focus was on the connection from inside to outside, and so the main rooms such as the kitchen and living rooms flow into the garden. The large sliding door system represents this material connection – it is easy to use and fits in with the aesthetic of the building. The building concept is based on complex simplicity: it is open but private. Playful but minimalist. Modern but with traditional materials.

How did this idea come about, an initial vision, this image which ultimately became reality?
"We started with the sun, the ground, the wind, the climate and the surroundings, and formed a structure from this. This became a sketch. It is always exciting to find out how a drawing becomes a building." In Sandnes it was a timber house complemented with a few concrete elements, which formed the basis for making organic adjustments to fit the space and surroundings. 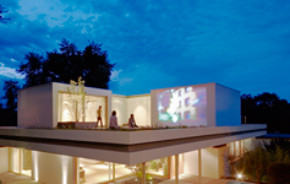 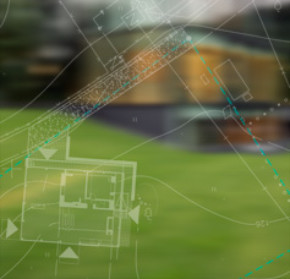 In Vilnius a collector of antique books built his family home round the historical walls of a cannon foundry. 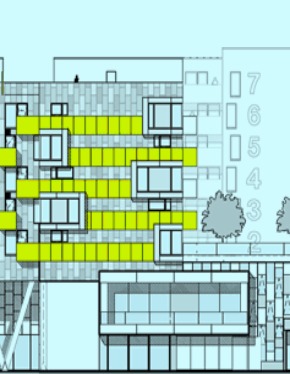 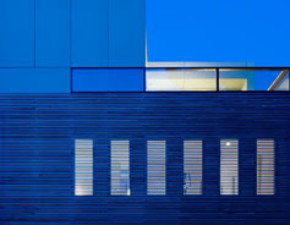 Material in the interplay

"Haus KA", designed by lynx architecture, is a clear cube that consist of only a very few different materials. 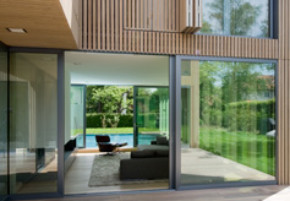 A residential house near Munich was given an artificial touch in a bid to better control the wood's natural graying process. 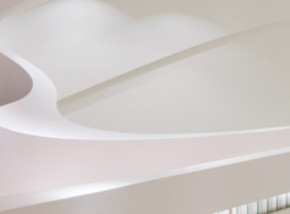 Today, façades do more than merely provide a building with an external boundary or adorn it with an attractive envelope. Above all where energy efficiency is concerned, the function of the façade itself is evolving. And when lighting is allowed to enhance a room without the source of the light getting in the way, the things we are not forced to see become perceptible. 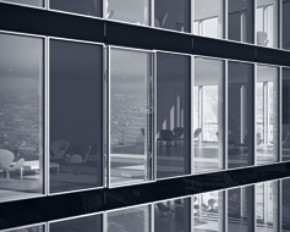 Façade constructions usually consist of two individual components which often have to be laboriously adjusted to one another to satisfy the developer's aesthetic requirements and functional demands. But it can be done differently.