Themes for events are curious things. Whereas last year, with the motto "The Sky is not the Limit", they tried to reach out beyond boundaries and to fire the imagination of participants, in 2009 - at least as far as the title - "Same same but different" - is concerned, organiser Joerg Suermann and his team set relatively modest targets. So it was that the same things were on show, but everything was different. Which leads to the question: the same as compared to the previous year? Or to other events? At any rate, confirmed DMY visitors and the cognoscenti of big design events and trade fairs will have found things that they had seen before.

550 designers took part in DMY this year, including some who also exhibited at the Salone Satellite in Milan or at other events. The focus was clearly on young designers and up-and-coming talent and, not least because of this emphasis, the DMY festival succeeded in positioning itself not only as one of "the most important design events in Germany", as Suermann modestly put it, but also in assuming an important role on the international festival circuit. Of course, the epicentre is and remains Milan; however, Berlin offers all those who cannot travel to Milan the opportunity to see this or that exhibit that they would otherwise not have been able to see.

Design is design, be it young or well-established

You know the feeling from Milan, New York or London - by the end of the great design weeks you have never seen everything and you always have the impression that you have missed something important. So the DMY organisers have tried to alleviate this particular misery by arranging an additional major location for the "Allstars", alongside the established arena dedicated to young talents in the IMA Design Village. As a result there was a deal of brisk design traffic between the Kottbusser Tor and the Schlesisches Tor - in Berlin terms a mere stone's throw away from one another. On the other hand, there were significantly fewer presentations in the arena hall this year, apparently something to do with the safety regulations. But many saw in this evidence of the much vaunted crisis. The decision to divide exhibitors into the categories of "Youngsters" and "Allstars" and to show them in different locations, led to gaps and less density. It is understandable that many participants should ask whether such categorisation and segregation was really necessary. Design is design, whether young or well-established.

A Design Tree of Perception

For example, there was an impressive young design team from Vienna, mischer'traxler, who gained their diplomas in conceptual design at the Design Academy of Eindhoven last year. They exhibited their diploma work in Berlin, too, as they had already done in Milan. One of these pieces is called "Idea of a Tree" and is a small solar-powered production plant, which by the end of the day has "spun" a finished product. Like a caterpillar building a cocoon, a thread winds around a frame during the day and forms a "body", which can be used as a stool, bench, lampshade or container. The amount of sunshine and time of day determine the colour saturation and the size of the objects: sometimes they are blue, sometimes green, sometimes red. What Thomas Traxler calls the "souvenir" of the process is also stamped with the calendar date. According to where and when the machine is set up, the rings of yarn show, as in a tree, the growth process and the phases of productivity. Trying to avoid always thinking in industrial terms, but, instead, making complex systems visible and having some sort of influence on the environment - is how his colleague Katharina Mischer defines the future direction of their design work. A good and right-minded approach, which takes into consideration both design and the environment and which was honoured by one of the three DMY awards, presented for the first time ever this year.

The Dutch Sandberg Institute also won a DMY award for their installation "Domestic Making, a house of possibilities". A film and installations by students showed the transformation of the Heinz Minki Appartement in Amsterdam, which contained ideas and artefacts on the theme of the home and everyday life. Moreover, there were lots of bicycles to be seen. It may or may not have been coincidental; perhaps it was also to do with the special focus on the Netherlands. The "BauBike", however, looked extremely uncomfortable. Perhaps Michael Ubbesen Jakobsen's design was included in the DMY jury selection of the ten best products for that very reason, because it refuses to pay lip service to currently fashionable styles, but follows instead the stoical principles of Bauhaus design. No wonder, perhaps, that it almost won an award, since the prize is presented in collaboration with the venerable Bauhaus Archive Museum of Design. Director, Annemarie Jaeggi, sees it as living cell treatment for the movement, as she observed at the awards ceremony, which comes just at the right time for Bauhaus's 90th birthday. As a bonus, there will also be an exhibition of award-winners together with other products selected by the panel of judges. It will be on show from 8 to 31 August in the newly renovated museum.

A quick look at some of the highlights

It was not easy to get away from the Bauhaus, even among the "Allstars". There were a number of graduates of the Bauhaus University of Weimar doing business with the slogan: "My Bauhaus is better than yours"; they demolished that design icon, Wilhelm Wagenfeld's lamp WA23, better known as the "Bauhaus lamp". The presentation involved a general clear out of the clichés of German taste.

Over and above all this, there were plenty of other things to see in this former industrial building which has been stripped out and has now become a centre for creative talent. Small exhibitions, such as the one with the "Glass" theme, jointly presented by Li Edelkoort and Dutch designers, such as Pieke Bergmans, Hella Jongerius and Maria Rosen, to name but a few. Or individual presentations, such as those by Mark Braun, Mats Theselius and Oskar Zieta. The latter has further refined his principle of the inflatable metal membrane (Free Inside Pressure Forming) and has now added the "Fidu" bench and chair range to the "Plopp" stool. Together with students from ETH Zürich, he also presented "Coeus" in the "Youngsters" exhibition: a new concept for a lightweight wind turbine for domestic energy production: two or three of these stylish rotors in the garden and one is independent of the energy providers and their continual price rises. All in all, a rich programme, which, complemented by the DMY Symposium - including talks by, among others, Arik Levy, Jurgen Bey, Jerszy Seymour and Chris Bangle - and innumerable DMY expanded events - as well as the "Designer's Dinner" by Dutch designer Marije Vogelzang - showed that the DMY organisers understand very well how to attract the international design scene with Berlin charm. A great deal more has come out of this than just "more of the same".

Thomas Geisler is a product designer and conducts research into design. He has been teaching in the Dept. of the Theory and History of Design at Vienna's University of the Applied Arts since 2005. He is co-founder of Niegungsgruppe Design and one of the three curators of the Vienna Design Week. 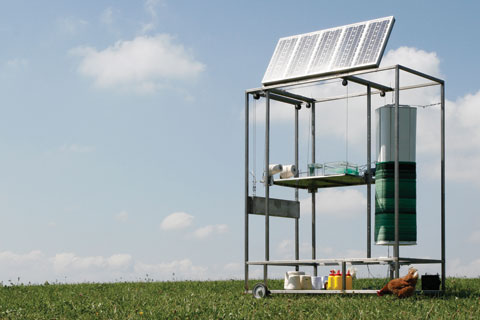 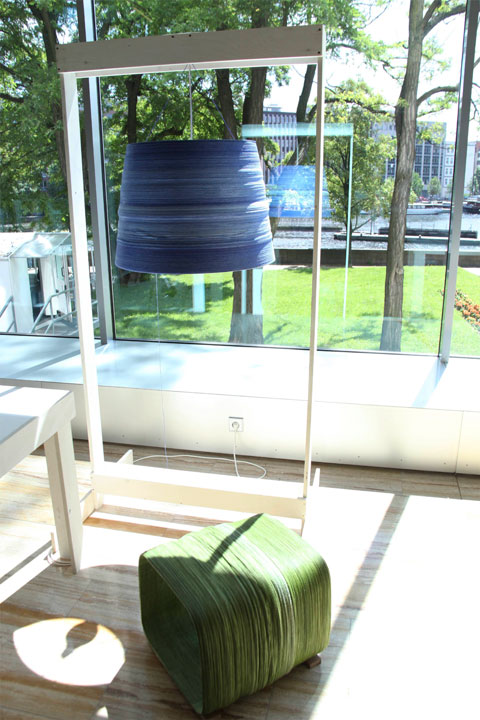 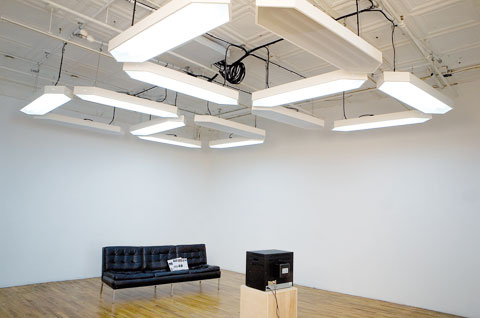 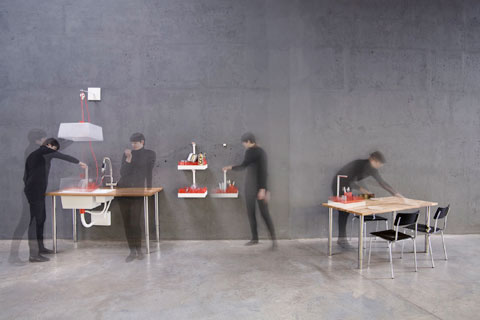 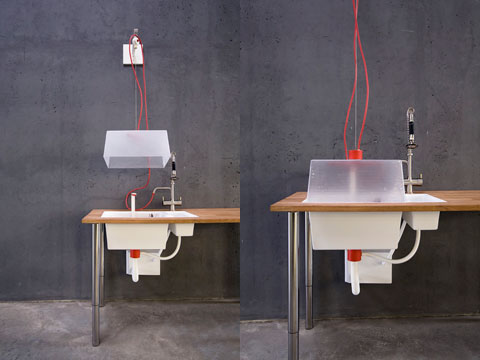 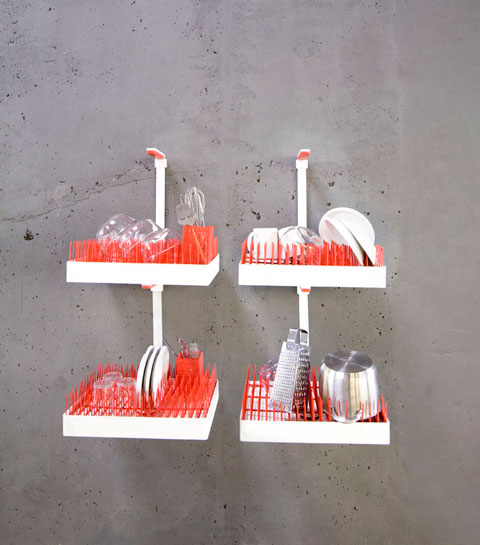 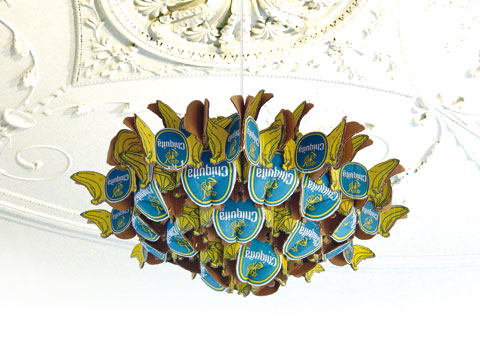 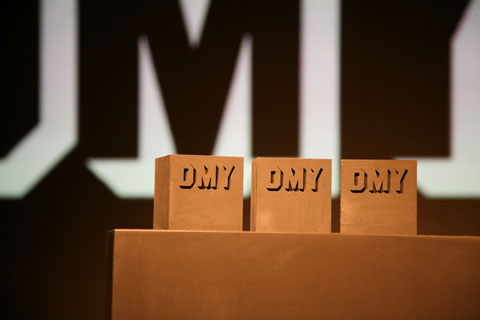 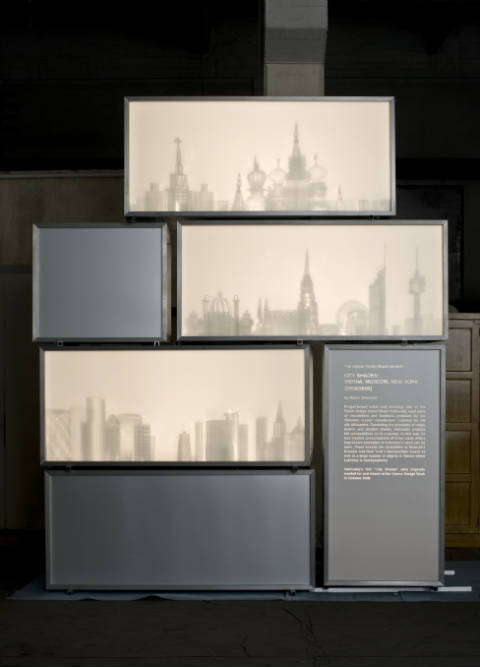 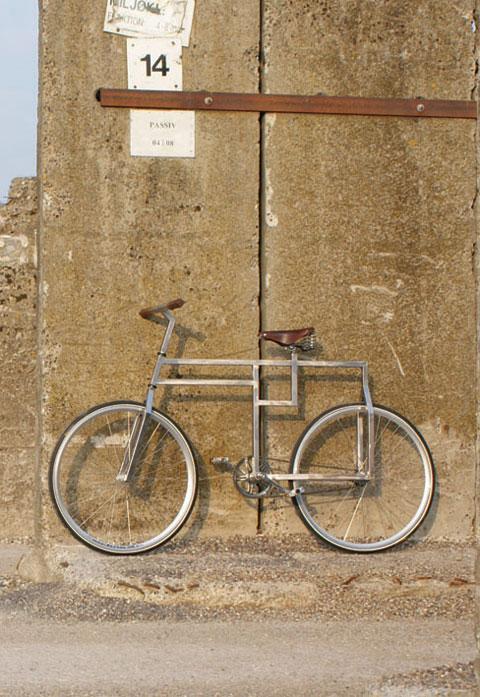 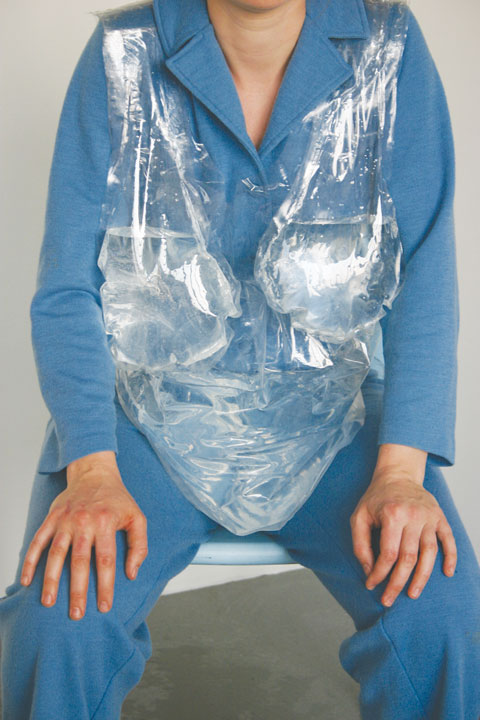 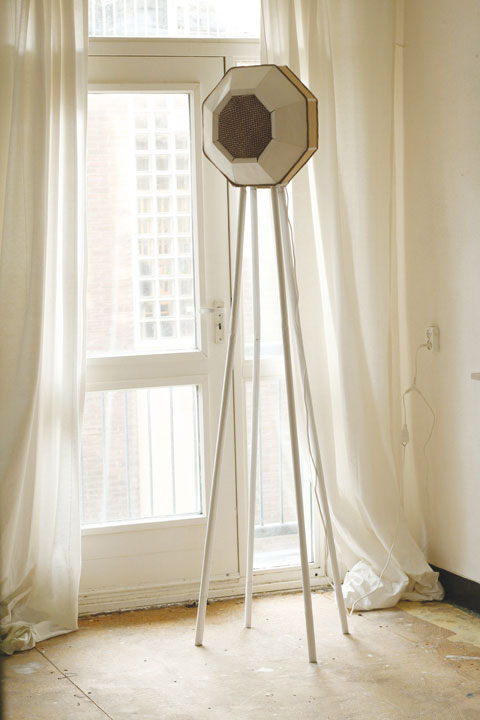 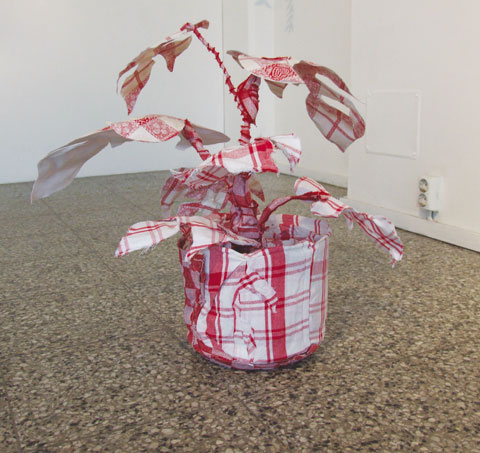 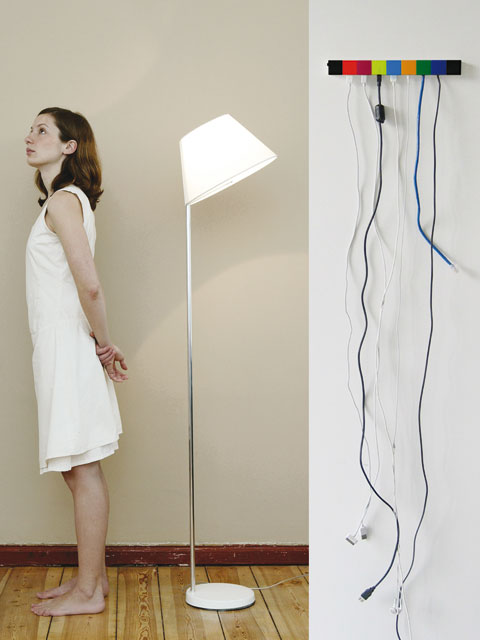 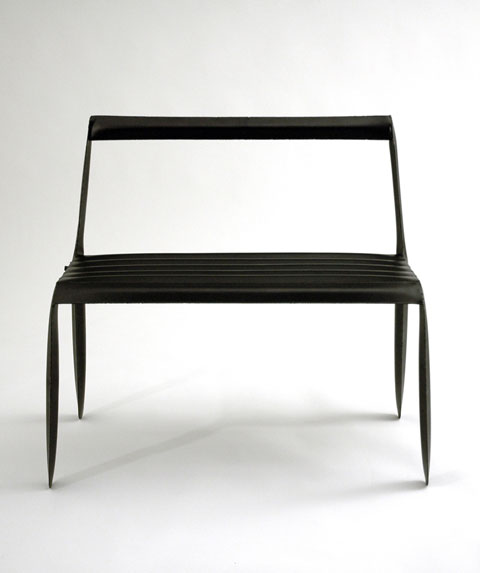 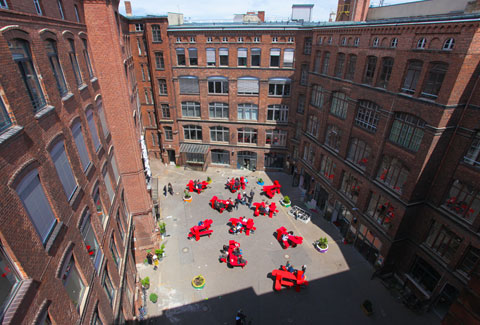 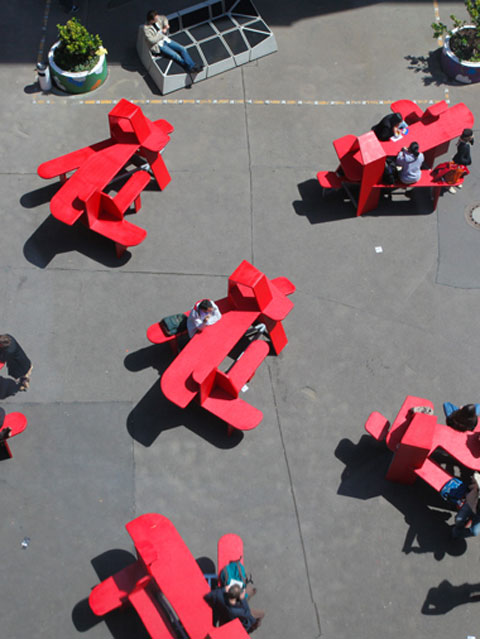 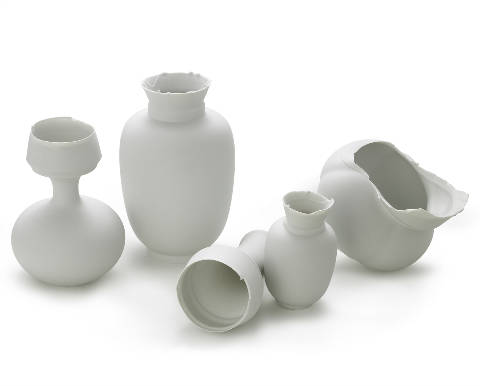