There has always been some tension between fashion and interior. Fashion designers tackle with enthusiasm the challenge of working with less commonplace materials. But the interior design world, too, does not shrink from flirting with the latest attribute

s of fashion. The result is particularly stylish. Long before this phenomenon became obvious as a trend, Arte was already working at this level. The designer who created Antelope wanted a wallcovering collection with a clear link to clothing, footwear, ha

ndbags and other fashion accessories. The world of fashion was explicitly the drive and inspiration behind this collection. The tactile elements, which we also saw in previous seasons, have been deliberately retained. The result was a textile wallcovering

with the look & feel of suede. It’s lovely and very seductive.

Knitwear
The basis is a uni that comes to life through its structure and texture. The whole looks matte, but not flat. This collection also has several variations on the theme: an

even base with overprinting, with fine and regular plaits, or with ornamental stitching. The description alone is rich in textile jargon: there is a knitwear motif, in which one can clearly see the mesh of a knit stitch. Another reference was given a sup

ple wave pattern overprinted in a subtle gloss layer in fine foil. The top-stitched version glistens rather shyly because of the filmy metal wire that has been woven into the yarn. The version with the fine plaits is lovely with its tone-on-tone, not leas

t because the plaits create reliefs. But so regularly that one could almost call it ‘even’.

Haute couture
As with the choice of pattern, the colour palette has been kept subdued. One can distinguish between five different colour groups: one wi

th shades of brown, the other from beige to old pink and a third with warm shades such as copper and rust. There is a range of green tints between those and also an ebony wood version that almost allows you to inhale the ethno. Antelope became a top colle

ction….and of top quality. A nice detail is that several dresses were designed for the introduction of this collection …using this wallcovering. Two charming and enchanting examples of true haute couture. 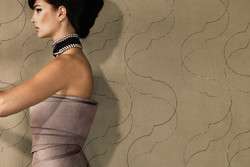 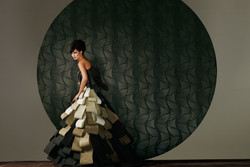 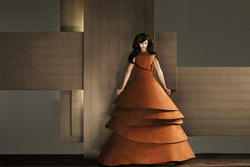 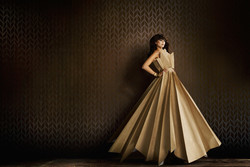 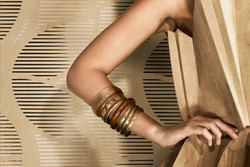 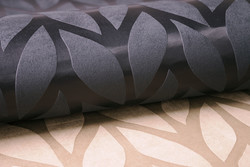 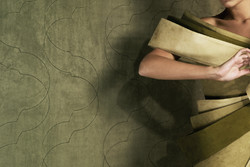 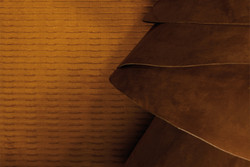 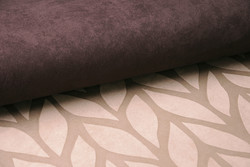 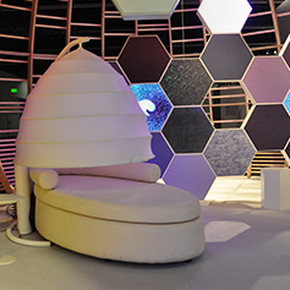 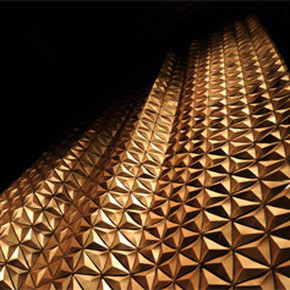 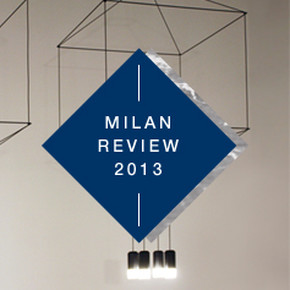 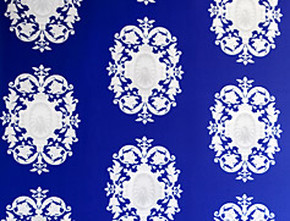 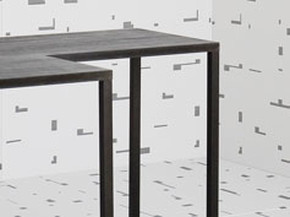