Another "cult" product of the Bernini's Historical Collection is edited in a special numbered edition of just 100 pieces, with the precious livery of His Majesty the Macassar Ebony Wood. The original design by Carlo Scarpa, the Professor, as

he has always been known at Bernini with mingled feelings of respect and affection, has been religiously observed in every detail. The only differences are: the Ebony finishing ("boja d'un can!, as the Professor would say in Venetian dialect), and t

he green inner parts. We'd like to remember that this model was designed in 1934 by Carlo Scarpa for his son Tobia's bedroom. In 1977 it was lightly revised: on the original version there was a tiger and a monkey head on the two side glass panels. The sid

eboard as well as a table, a chair and an armchair became a permanent feature of the "1934" Collection. 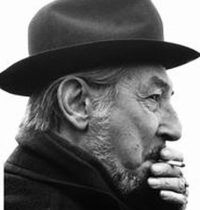