The realisation of the Volo basin grew out of a need to introduce a new line of design into the production of sanitary-object, without just making simple variations on "formal decoration". Volo has the pretext of not repeating ready consolidated

formulas, Volo objects tend to confirm their own existence with the mere force of expression behind each idea. The philosophy at the base of the Volo project is simplicity of design; readily comprehensible to anyone and at the same time complex, suggesti

ng an "aesthetic-linguistic" leap with respects to the traditionally classical language of ceramics.

e same elements; leaving them naked to the eye of the observer. Volo shows what there is behind a sanitary-object, creating a sign of the reciprocal reverberation between each of the constructional components which make up a Volo object.

structural components are not hidden but put on show, so disclosing the true nature of the object. A sanitary-object that is not only the sum of such elements but fruit of their fusion and their incorporation; an object which only imaginarily could one d

ismantle within its single parts but which - realistically - one could do only at the risk of impairing the integrity of their whole.

Consequently Volo expects the sanitary-object to express itself in a paradoxical manner: display its own const

ruction elements as distinguishing marks overshadowing the rest, and contemporarily, integrate them in a whole-bodied object which is no longer decomposable. This is the sign, the new language of ceramics.

Volo presents a sanitary-object with a

composite structure that brings to mind itself and nothing but itself. Each and every one of its elements are perceptible and speaks directly at first sight. There is no need for filters to enter into synergy, with Volo's visible and linguistic code. The

y are already fused, everything to itself and none other but itself. Looking at Volo first of all you perceive the work surface, then the basin and lastly the fixing structure. The perception of the object runs through the pattern of logic with which it h

as been designed. The user cannot avoid understanding the object, as when we look at it from one point of view to another, we get a complete run-down of its history.

ess, straight lines, fine thin surfaces. It seems the typical style of plastic, glass or steel and now of ceramics too. This material, after having been studied and subjected to hard transformations, has demonstrated how pliable and adaptable to fantasy a

nd shape it can be. In fact it created Volo, a washbasin with an extremely rational aesthetics. 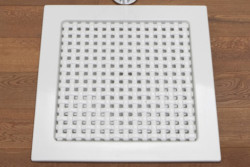 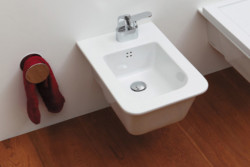 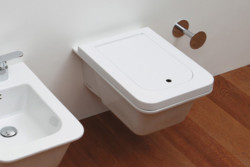 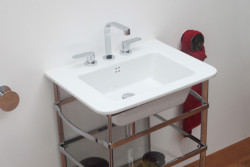 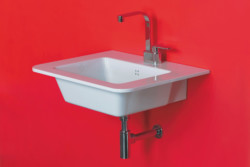 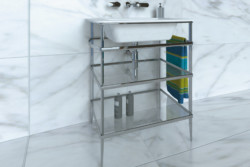 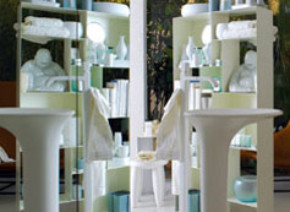 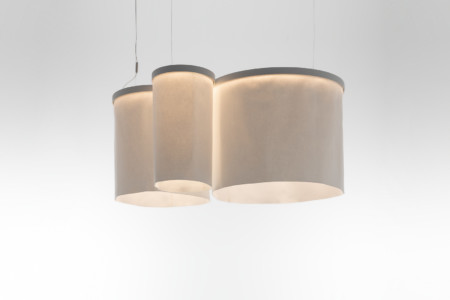 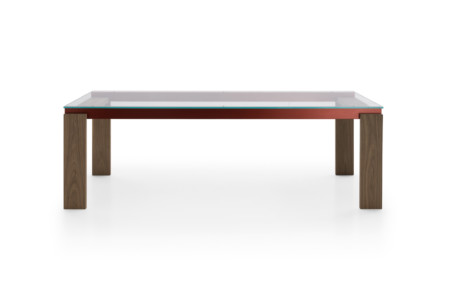 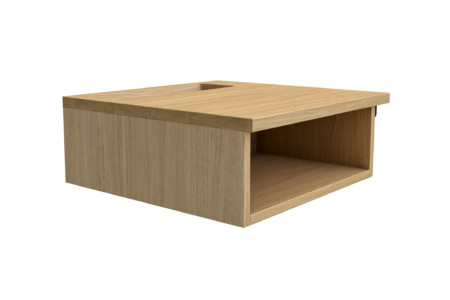