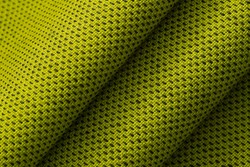 Anne Birgitte Hansen has vivid memories of growing up on the island of Bornholm and how, even as a very young girl, she started to take an interest in weaving. These stories, memories and dreams are a very significant part of Anne Birgitte Hansen's work.

Even while still attending the School ofArts, Crafts and Design in Copenhagen, she chose to occupy herself with industrially oriented design in order to be able to make a living from her trade. Industrial design seemed to offer a safety-net and she had neither the desire nor the nerve only to create uniqueproductions.
Only later on in her career did she manage to make room for unique items in her work; accordingly, she is now able to let the different areas of her productions influence each other.

Unlike the work procedures in industrial design, art craft is exclusive and painstaking. Her unique items allow her to try out ideas and experiment with new idioms. All this takes time, but, on the other hand, her craftwork inevitably influences her industrial designs.
Besides her roots in Scandinavian tradition, especially Danish and Finnish design, Anne Birgitte Hansen has always been fascinated by Italy. During her stay in Florence at the "Fondazione Arte della Seta", she studied woven replicas of old renaissance textiles and taught herself this time-honoured craft.
She also found time for other experimental projects, such as a woven rendition of her own thumbprint. She later went on to weave a version of her own footprint - a project that would subsequently be the inspiration for the "Dragenat" weaving.
Thus, Anne Birgitte Hansen has managed to add innovation to the classic Scandinavian weaving tradition. The simplicity is retained, while she has also managed to introduce elements of mythology and the world of the imagination. Thus, dreams and impressions of atmosphere are interwoven and controlled in her textiles within a simple, pure mode of expression.
Anne Birgitte Hansen's textile output is very wide-ranging - from simple vertical lines to organic motifs and from simple, woven upholstery to printed motif-laden curtain fabrics.