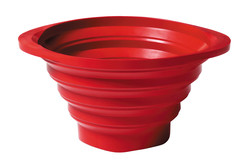 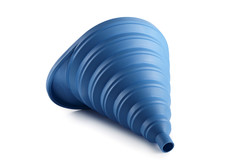 Boje Estermann is educated within marketing management. After working several years in the private sector he spent 8 years as CEO for a French company, so it was quite a career change, when he decided to enter the school of Design ”ENSCI- Les Ateliers” in Paris. But he did it and graduated in 1999. In 2000 he founded the design studio "request", which later became "Boje Estermann Design Studio", where he works with industrial, product and furniture design.

“I usually design products by analyzing my own desires. My ambition is to create designs which are both practical and discreet and still offers you that little extra. I try to give them a personal touch without losing the functionality. It very well reflects my Scandinavian origins with a design tradition based on functionality, combined with a Latin influence from living 20 years in France, which touches my senses. I would love to create a home where all functional things only appear when needed. The rest should be calm and pleasure. But as long as I can make products and interiors that lead in that direction, I'll be happy”.