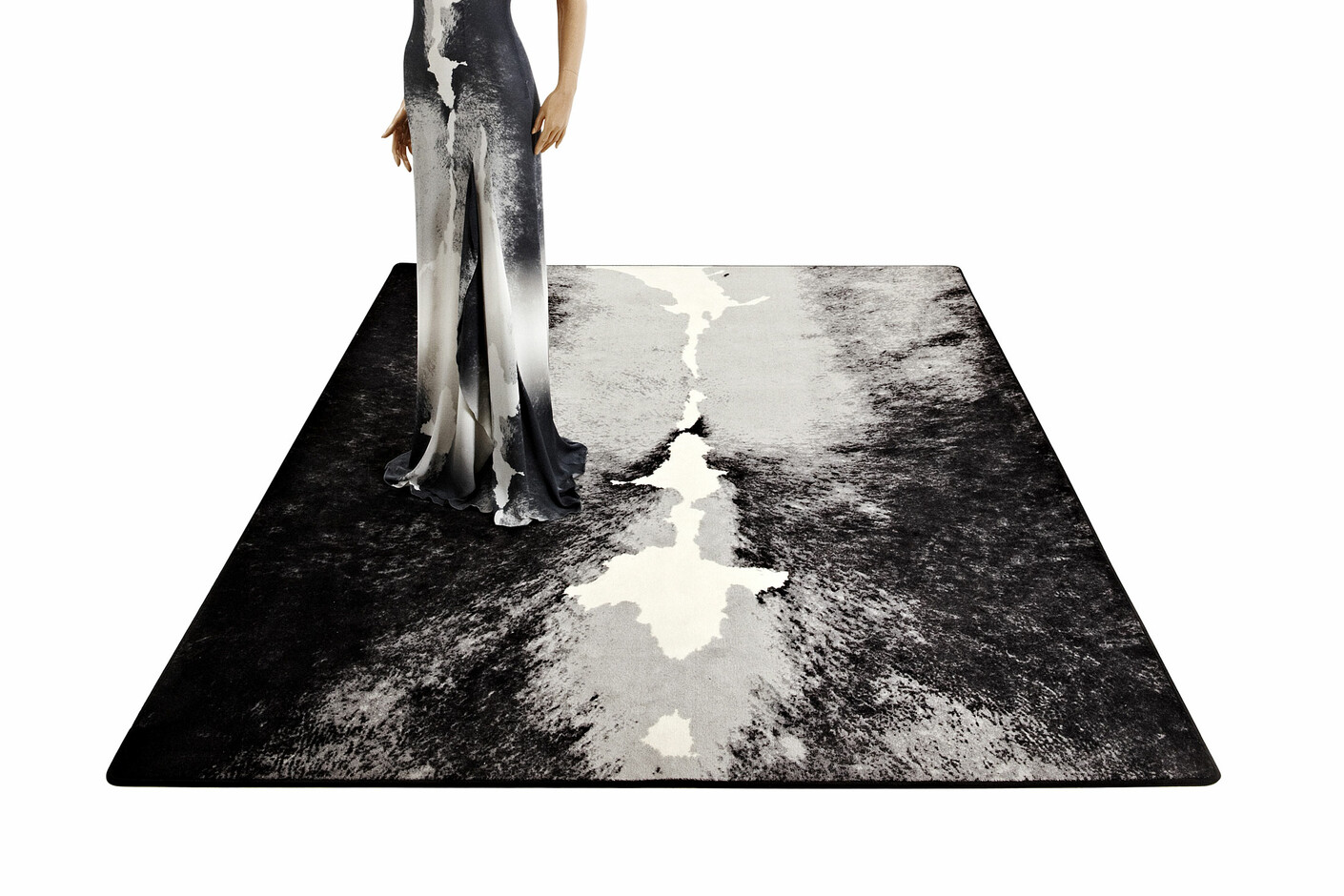 Think of Denmark, and the mind likely conjures up two contradictory images at once: The fluid lines of Danish Modern design, and the haunted fog brooding over Prince Hamlet's Elsinore Castle. Denmark native Camilla Stærk draws on both legacies in her work as a fashion designer, meshing them together for a unique and deeply personal vision of dress that's drawn worldwide acclaim. Trained in London, Stærk found success fast: Her graduate fashion show at Ravensbourne College of Design and Communication caught the eye of both the international press and buyers at the boutiques Browns Focus and Maria Luisa. She went on to be awarded Top Shop's New Generation Award three times, and her collections in London marked Staerk as "a future fashion star," in the words of British Vogue, and nabbed reviews in such publications as Women's Wear Daily, New York magazine and Elle
Paris. Darkly romantic in mood, and notable for her distinctive use of leather, Stærk's collections also quickly earned her a devoted celebrity following, with fans including PJ Harvey, The Raveonettes, Maggie Gyllenhaal, Sarah Jessica Parker, Liv Tyler and Julianne Moore. Model and photographer Helena Christensen proved so devoted to Stærk's designs, she stocked them at her shop, Butik, hosted Stærk's debut presentation in New York at the store, and threw an A-list Fashion Week party for the designer to celebrate her first catwalk show in the city. Publications that continue to support Stærk include Allure, Nylon, ID, The New York Times magazine, Vogue, Elle, W, Women's Wear Daily, Style.com, The Sunday Times, The Guardian and Elle UK. Since relocating to New York two seasons ago, Stærk has introduced new, more American ideas to her clothes, while maintaining their essential Stærk-ness.

Jolts of graphic color, sharp, unexpected proportions, and uncluttered ease marked her Spring '07 show, which was inspired by the heroines of "Twin Peaks" and cited by Refinery 29 as one of the season's highlights. Fall '08 brings Stærk full circle: Taking the sculptor Louise Nevelson as her muse, Stærk's new collection titled "Bride of the Black Moon" sees the designer returning to her beloved noir palette and reinvesting herself in the luxurioustextures of leather and lace. "I stumbled upon a photo of her," Stærk recalls of her introduction to Nevelson. "And for reasons I can't quite explain, I was immediately to drawn in. There was a strength, and a mystery. Then, when I began looking into her work, the connection was just as immediate?the work is quite dark, and textural; there's something preconscious about the power it exerts. Louise Nevelson showed me," continues Stærk, "that there is another way of being an American, and a New Yorker. You channel the energy of the city through yourself, your own personality and obsessions. This collection is a tribute to her, but really, she brought me back to me."