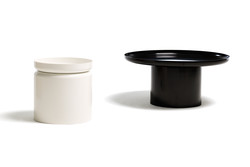 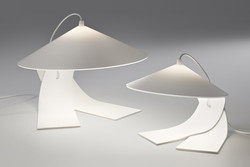 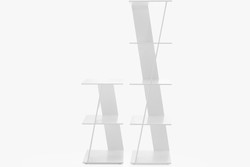 Federico Churba was born in Buenos Aires on 4 September 1976. He graduated as an industrial designer from the University of Buenos Aires in 2001. He participated in the Domus Academy workshop Raíces Débiles (Weak Roots). His works have been exhibited internationally at the fairs 100% Design, London in 2003, ICFF, New York in 2004, Pitti Living, Milan in 2006 and SaloneSatellite, Milan in 2010. He won second prize for 'casa FOA, diseño de autor' (casa FOA, artist's design) in 2002 and 2003, the prize '100% foundation' in 2003, 'cmd, contenedores para el mundo' (cmd, containers for the world) and also a ´Design Report Award Special Mention´ in Milano 2010. Federico Churba is a lecturer at the University of Buenos Aires and has been invited to present seminars and courses for designers and architects such as the series 'Ardi, Arquitectura + Diseño', organised by the Sociedad Central de Arquitectos (SCA), and at the international interior design and design meeting 'Dara ID', amongst others. He currently directs his own studio where he develops furniture, lighting and objects for the domestic environment.