ural forms, as he argues that with the use of computers, calculus can be implemented into the generation of new architectural expressions. Lynn has written extensively on his design philosophies, first publishing the book "Animate Form" in 1999,

funded in part by the Graham Foundation. Lynn's New York Presbyterian Church in Queens, New York, with Douglas Garofalo and Michael McInturf is an early project which used vector-based animation software in its design conception. He is credited with coin

ing the term 'blob architecture'. He was profiled by Time Magazine in their projection of 21st century innovators in the field of architecture and design.

iscovered some biomorphic forms are inherently resistant to load. He is also one of the forerunners in exploring the possibilities in digital fabrication, in how to bring these complex forms into reality, in terms of constructability and economics. Lynn h

head of a master class design studio at University of Applied Arts Vienna.
Prior to starting his own firm, Greg Lynn worked in the offices of Peter Eisenman and Antoine Predock. 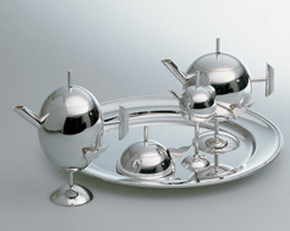