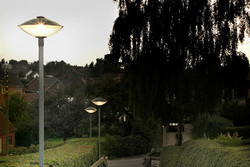 Henning Larsen Architects has always been characterised by curiosity and vision. Most of the company’s projects are based on competitions and the international focus has been present right from the beginning. One of the first competitions won by Henning L

arsen Architects was Stockholm University in 1961. The first prize resulted in an international breakthrough.

Already in 1960, the company won the competition for the school, Klostermarksskolen, in the Danish town of Roskilde. Achieving a close rel

ationship to the educational field was part of the company philosophy from the outset and the development of new ideas and teaching methods has continuously influenced and renewed the company’s architecture. Furthermore, a number of employees at Henning L

ouis Becker was appointed adjunct professor in the Department of Architecture and Design at Aalborg University.

Many students and young architects have found their way to Henning Larsen Architects. They have taken part in creating a creative, dynam

as designed a large number of significant projects all over the world, including several educational institutions – from primary schools to universities - and cultural buildings – from museums to libraries and large, monumental concert halls.

ng Larsen Architects has worked in the Middle East since the 1970s. In 1980, the company won the international competition for the new Ministry of Foreign Affairs in Saudi Arabia. In 1984, the Ministry of 85,000 m2 was completed. In 2006, Henning Larsen A

rchitects won the competition for a large masterplan for a new financial district in Riyadh. In 2008, the company opened a subsidiary in Riyadh. 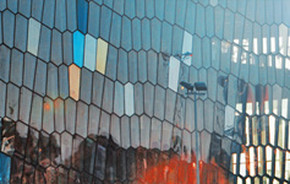