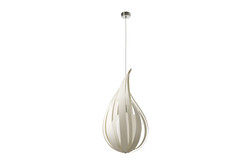 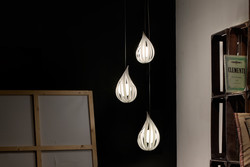 Javier Herrero (Valencia 1981) graduated as an Industrial Design Engineer in 2003 at the Universidad Cardenal Herrera-CEU. Prior to this, he spent one year at the Politecnico di Milano University, where he studied with Enzo Mari and Massimo Morozzi to complete his FPC. From 2003 to 2005, Javier Herrero studied Fine Arts at the Universidad Politécnica de Valencia. There, he explored various art disciplines such as painting, drawing and sculpture. In 2004, together with three university colleagues, he founded Ebualà, his first design studio, where he developed numerous industrial and graphic design projects. Several of these have been awarded in national and international design prizes and have been published in diverse specialised and general publications. You can see some of these projects on this portfolio. But in 2009, Herrero decided to branch out on his own. He opened the Javier Herrero* Studio, specialising in product design for furniture and lighting. The studio has also done some incursions into the world of interior and stand design. His work is characterized by simplicity and an open-minded, creative approach, which turns every project into a unique experience. Over the years, Javier Herrero has collaborated with many leading companies such as Sancal, Expormim, Viccarbe or LZF Lamps.