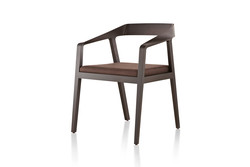 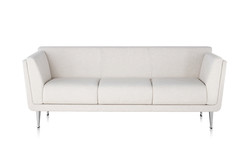 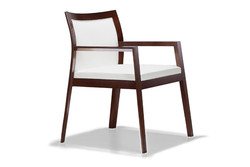 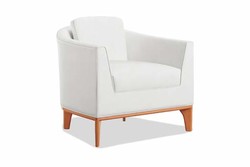 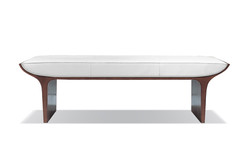 Mark Goetz's love for product development and his understanding of manufacturing began while working in his family's plastic injection molding business. Born outside of Pittsburgh, he was educated at Pratt Institute and graduated with a degree in Industrial Design. In addition, he spent a semester abroad to focus on furniture design and architecture at the Danish Royal Academy in Copenhagen. After college, Goetz worked for a number of New York design consultants. At Smart Design, he was exposed to the field of product design while working on projects ranging from sunglasses to toasters. He then worked for the exhibit firm of Ralph Appelbaum Associates where he worked on "The Early Mammals Hall", a permanent installation for The American Museum of Natural History; "Jackie Robinson, An American Journey", a traveling exhibit sponsored by Coca-Cola; and "Color in Nature", a permanent installation in Taiwan. In 1988 Goetz founded TZ Design, a multi-disciplinary firm. He began his business by designing one-of-a-kind pieces for private commission. Most noteworthy was an armoire he created to house the collection of fashion designer Rebecca Moses. In addition, he created a retail line of furniture, which he sold through stores in Manhattan. He later developed a wide range of consumer products, which included a line of children's lunchboxes for Marimekko, tote bags for Le Sportsac, table top items for Crate and Barrel, as well as a collection of fine crystal bowls and vases for Steuben. Also in 1988, Brickel Associates chose Goetz as one of the first young designers to continue the renowned collection started twenty-five years earlier by Ward Bennett. The Washington Avenue Series, his first contract introduction, found immediate acceptance by the architecture and design community and was selected for use in a variety of applications, including the offices of the European Union in Brussels. Goetz later went on to create a number of pieces for Brickel, including the Uptown and Downtown Lounge. In 1989, Goetz was introduced to Bernhardt Design and was presented with a new challenge. Bernhardt Design was interested in establishing a collection that would express its hundred-year furniture-making heritage and call attention to its unique manufacturing capabilities.

Later that year, Goetz began work on The America Standards Collection. The first major introduction included Avalon, a complete line of casegoods and tables and award-winning seating such as the Essex and Tribeca. Over the years, American Standards products have been used in installations such as the Office of the President at Harvard University and the Kennedy Center in Washington, D.C. and has grown to become one the largest and most extensive product offerings of Bernhardt Design. In addition to this transitional group of products, Goetz has explored a wide vocabulary of design with Bernhardt Design. He has set out to create what he terms "modern classics" with pieces that are intended to carry forth the ideals set by the Bauhaus and Modernist movements. These pieces include the Serenade tables and the Aria chair, recipient of the IIDA Apex Award and used in Cesar Pelli's Petrona Towers in Kuala Lumpur, Malaysia. Goetz has also created many progressive pieces, including products featured on the Today Show — the Adagio lounge, a piece designed to welcome the sitter, and the Cirque table, a winner of the Best of NeoCon Gold Award. Most recently, he has been exploring two completely new languages in design. By studying Greek and Egyptian antiquity, he has discovered a freshness in some of history's earliest chairs. With the introduction of Esperanto, winner of the Best of NeoCon Gold Award, Goetz captured this classic elegance and translated it into a timeless piece. In sharp contrast, he has worked in taking furniture to the next level. With the Perimeter table, winner of the Chicago Anthenaium Good Design Award, and the Claris Collection, he incorporated new manufacturing techniques and applied state-of-the-art technologies to create new expressions and challenge traditional notions of furniture. Goetz continues to create designs that reflect the directions he has explored over the years. In total, he has designed more than sixty chairs for Bernhardt Design. In 1993, Goetz returned to Pratt Institute to teach an undergraduate design studio course. Having had such varied professional experiences, he emphasized the need for an active education through experimentation and hard work. After four years, Goetz went on to teach the Graduate Furniture Studio. Under his instruction, students experience all that goes into the design of a piece of furniture. Beginning with sketches, scale, and full-size models, students plan each step before producing a final working prototype. In addition, to encourage new careers and build confidence, designs are reviewed by the Pratt faculty and submitted for a number of exhibition events and design publications.