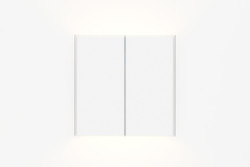 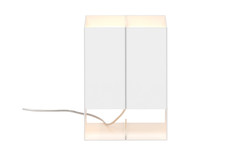 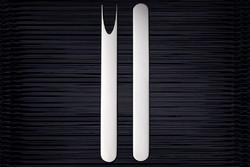 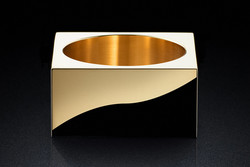 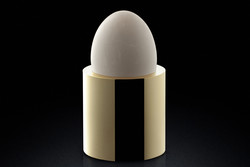 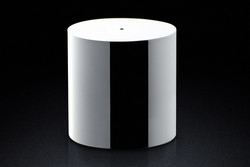 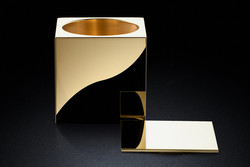 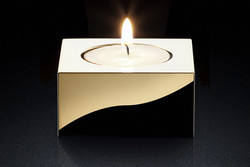 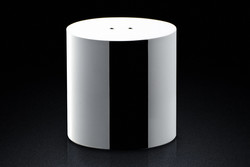 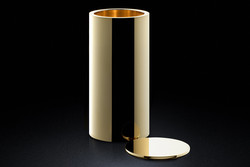 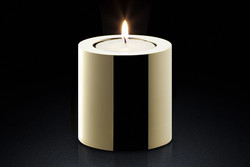 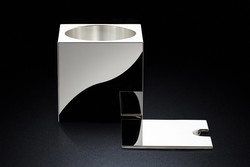 Born in the North of England in 1970 Mark Holmes began his creative journey with a 1st class degree in painting and an MA at The Slade School of Art, London in 1994. During an initial period of experimentation within London"s thriving arts estab

lishment of the early 90s Holmes participated in numerous group shows of wide and varying nature. At the same time the progression of his three-dimensional work started to take on elements of functionality, uncommon to the conceptual artistic arena that s

urrounded him. The progression continued within various studios, including his space at the Oxo Tower on London"s Southbank where he developed his own work as well as curating many group exhibitions, showing works of mixed disciplines by a long lis

t of internationally acclaimed artists and designers. In 2003 he co-founded The Lane, a multifaceted organisation that merged the design, manufacturing and retailing aspects of a creative business all under one roof. During this period Holmes" care

er as a designer was quietly emerging as he experimented with materials, developed an interest in the business side of running a design company and most importantly further established the simple aesthetic design language for which he is known today.

In 2004 his LT01 and LT02 Seam Lights, produced by German manufacturer E15, were launched directly in line with the company"s ethos of a consistent and modern approach to design and quality. The Seam Light won both the Red Dot and IF Design Awa

rds and Holmes" work in general continued to receive abundant media attention and praise from within the design industry. His work began appearing around the world in exhibitions and stores from London to Tokyo. In 2005 at the age of 35 he co-found

ed what was to become one of the UK"s greatest manufacturing successes of the decade - Established & Sons. During his time here as Design Director he was instrumental in developing the company"s business model whilst also bringing both new & established d

esigners to collaborate with the company. He worked with some of the leading designers of his generation including the likes of Jasper Morrison, Michael Young and Jaime Hayon. He also contributed to the hugely successful collections as well as designing a

nd executing an array of inspiring exhibitions. Ambition has never lacked in Holmes" career and his creative evolution has always relied upon a desire to seek further challenges. After three years at the forefront of the furniture industry, Holmes

has decided to take his work in a new direction, turning his hand to a much smaller scale, precious but nonetheless practical kind of product. He has taken the typology of the vessel as the foundation for his new design brand MINIMALUX. The focus

is specific but rich in creative potential - the perfect product genre for his own artistic expression without compromising the timeless elements of universal functionality. MINIMALUX is intriguingly different in many ways to Holmes" previous proj

ects but it stands to represent the embodiment of his creative progression and business understanding. It draws upon every aspect of his experience, strengths, passions and hopes of what design can be.