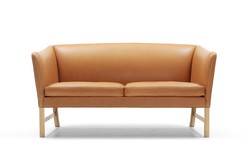 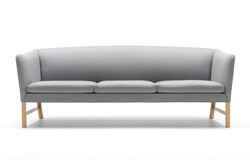 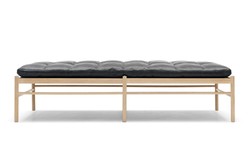 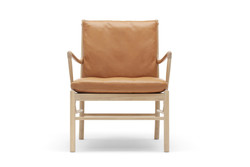 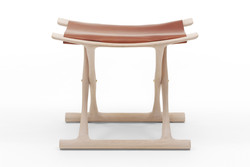 Ole Wanscher (1903-1985), was born in Copenhagen in 1903 and was an architect and professor of architecture with furniture designs as his specialty. He came to shape Danish furniture, both as an active designer and as a master teacher. His furniture desig

ns are now considered to be modern classics - sophisticated and functional with an exquisite attention to detail.

Construction and form was of the utmost importance to Ole Wanscher, treating furniture design as if it was a branch of architecture. H

e studied under Kaare Klint at the Royal Danish Academy of Fine Arts and also worked for the master himself from 1924-1927, before becoming an independent achitect specializing in furniture design. He later followed in Kaare Klint's footsteps as a profess

or at The Royal Dansih Academy of Fine Arts with a master in furniture design.

In 1958, the Danish newspaper Politiken wrote the following about the outstanding quality and spirit of Ole Wanscher's products: 'Owning a Wanscher-chair is an adventure

every day, and will be so even serveral hundred years from now, for this is how long it lasts.'

Ole Wanscher created his best known products primarily in the period between the late forties and early sixties. He took great interest in industrially

produced high quality furniture and designed serveral pieces with thiss particular aspect in mind. It was the familiar philosophy of 'design for everyone'. However, his finest work was made in close collaboration with reowned master cabinetmakers.

>Furthermore, while traveling through Egypt and Europe, Ole Wanscher studied furniture design. He embraced these impressions, was inspired by them and and brought to them his very own sensibility. He also authored several books, including "The History of

Characteristic of Ole Wanscher's design is a quest for slim dimensions and resilient forms. His chairs often employ both slender and slightly curved armrests, which rise in an elegant

tip before continuing directly to the floor; as is the case with his well known 'Colonial Chair'. Classic and yet singularly modern at the same time.