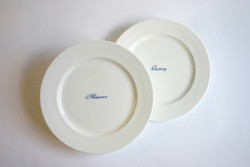 Peter Mac Cann studied graphic design, and later furniture design at DIT in Dublin before moving to
the UK in 1998 to complete a masters in Furniture design @ BCUC, High Wycombe.
Graduating in December 1999, Mac Cann set up his company No Fixe

d Abode. Exhibiting at the Salon Satelite, Milan in 2001 was an auspicious start to
Mac Cann's career it was here his Companion tables, which have subsequently become something of a contemporary classic in the Habitat collection, were firs

in the 2003 'Ciazza Memorial Challenge Design Competition' organized by Promosedia as the center piece of the 27th International Chair Exhibition in Udine, Italy.

As a member of the design collective Shift', Peter
has

taken part in the innovative Time:Frame project, in November 2003 at Furniture Works, and more recently the V&A Village Fete in 2004 and 2005. July 2005 saw the launch of the ‘Tria’ table range for Heals, as part of Heals Discovers,

with which the London retailer presented products from 12 of freshest up and coming young designers.

September 2005 was a hectic month for No fixed Abode, during The London Design Festival Peter again collaborated with Chris Jackson, th

is time on
a one-off site-specific installation of photographic images, ’ Reflections On Travel’, at the Great Eastern Hotel, E1. Also in that month as part of the Shift project 'The Experimental Office' at the Haworth show

room in Clerkenwell, Peter presented his range of ‘Anti-Work’ products, including the best selling ‘Pessimist Pencil’, which is now available through
a number of independent retailers.

ly under development include a range of oak laminate bedroom furniture for Heals (in store march '06) and the 'Frame' hallway storage range for Habitat, to be launched late 2006.
January sees Peter’s first lighting collection

, for long-term client Gillmorespace, launched at the Furniture Show Birmingham and also the completion of a bulk order of ‘Pessimist Pencils’ for brewing giant Diageo for their 2006 strategic planning meetings in Dublin and Miami.

>In the meantime Peter continues to print and sell his mildly amusing and inexplicably popular 'Traditional Irish Welcome' doormats.