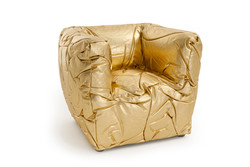 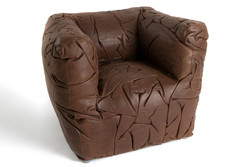 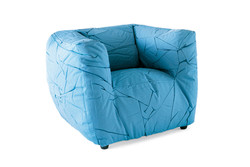 He was born in 1979 at Telegen in the Netherlands. He studied design, first at Arnhem, and later at the Royal College of London, the city where he now lives and works. Before gaining his diploma, he began to work with the Mike Smith studio in 2003, design

ing exhibitions and displays. At the same time he also began to develop his own design projects. Sponge, his first piece produced on an industrial scale and created for Edra, came after his designs were exhibited at the Design Museum of London and he had

worked with the British Council, again in London. He has also been awarded a scholarship from the Esmée Fairbairn Foundation.