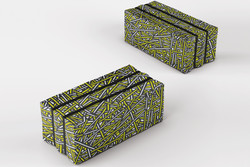 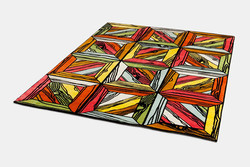 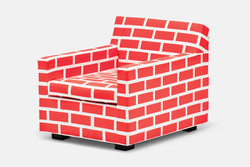 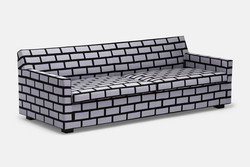 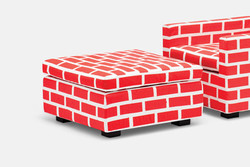 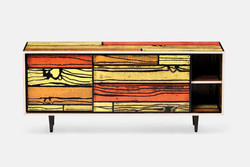 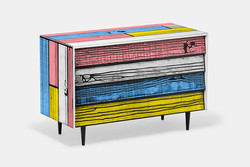 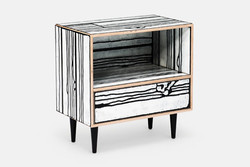 Artist Richard Woods is a graduate of The Slade School of Fine Art. His well-documented work crosses boundaries between art, architecture and design and is most often made up of exaggerated, garish representations of traditional British architectural and interior motifs like wooden flooring, chintz wallpapers, crazy paving or red bricks. These ‘logos of reality’ are created using traditional woodblock techniques and then applied to walls as a second skin covering interior floors, walls and recently; a courtyard in the Henry Moore Project at the Venice Biennale 2004, an entire residential building in upstate New York 2006, and a store interior for Comme des Garçons in Osaka in 2003. In these instances, Woods’ art expresses an extreme version of Englishness by taking over a space and saturating it with iconography. Woods has also recently produced work for the London Underground, Paul Smith, collaborated on architectural projects in Sicily and Tokyo and is currently working on a host of projects including a solo show in Athens, plus further architectural commissions in New York and London.