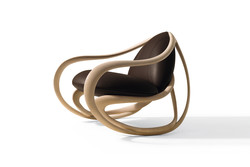 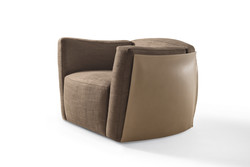 Rossella Pugliatti was born in Cantù (CO) in 1967, she graduated in architecture at Milan Politecnico in 1995 and in 1999 acquired the title of Master recognized by the University of Wales in Industrial Design at the Domus Academy in Milan. The friendship

with Ico Parisi, born in 1980, was decisive in the formation of creative and aesthetic choices. In 1999 she was awarded the third prize for a project at the International Competition of Architecture Europan 5. She has also participated in many internatio

nal design competitions. From 1996 to 2010 she worked as a collaborator in several design studios. In 2011 she opened his own design studio working with design companies in the field of interior design furnishings.