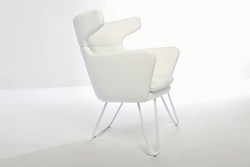 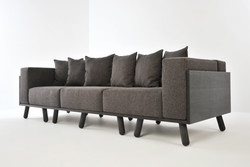 Since 1992 has been designing furnitures and decorative objects for Greek companies. He was a founding member of the Athens Secretariat of Industrial Design and has participated in many industrial design exhibitions He has tutored at theTechnologic

al Educational Institutions (TEI's) of Athens and is also a professor at the Athens School of Applied Arts A.K.T.O. Sotiris' design creation have received international recognition. His cosmos table won the 2008 good design Award. (The World's Most Pr

estigious Global Awards for New Product Design and Graphics) ORGANIZATION:the Chicago Athenaeum: Museum of Architecture and Design and The European Centre for Architecture Art Design and Urban Studies SOTIRIS LAZOU is a member of the Greek design grou

p Schemata which was founded in 2003. Schemata's designers are united in strong philosophical roots and in a desire to create contemporary, functional and aesthetic products which break free from traditional Greek design in quite a spectacular way.