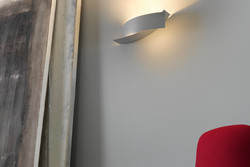 A 1969 graduate of the university of Washington, Steven Holl completed his post-graduate studies in Rome (1970) and at the Architecture Association School of Architecture in London (1976).
Returning to New York that year, he established his indep

endent practice. After a series of prototypical Urban studies, some of his small scale designs began to be realised. His work assumed its distinctive character with his Cohen apartment, New York (1984) and his Berkowitz house in Martha’s Vineyard (1

These works were featured, along with Holl’s award winning scheme for the AGB library in Berlin, in his 1989 two-man show at the Museum of Modern Art in New York. This exhibition consolidated Holl’s national and int’l r

eputation. There followed the Stretto house in Dallas, an extension of the Cranbrook institute of of Science in Bloomfield hills, and the St Ignatius Chapel in Seattle.

In 1993, Holl won the open competition for the Museum Of Contemporary Art i

n Helsinki and this,
his largest work to date, was completed in May 1998. Holl’s phenomenological approach has always put a premium on constructional and structural inventiveness. This last is particularly evident in his unusual use of lift sl

ab construction in realising the Seattle church. His prototypical regional megaform proposal for Texas known as Spiroid Sectors (1990)
is typical of his theoretical work at the urban-landscape scale.

He has elaborated his philosophical p

osition in a series of books: Anchoring (1989), Questions Of Perception (1994), and intertwining (1996). He has taught at Columbia Uni’s school of Architecture since 1976, where he is currently a tenured professor. In 1997 he received the New York A

IA Medal of Honour and in 1998 the Alvar Aalto Medal. 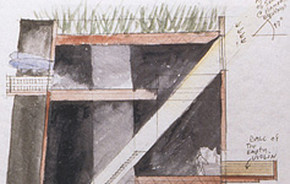 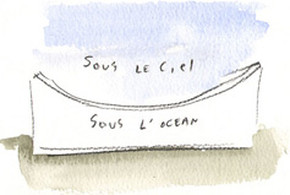 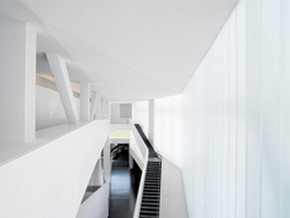 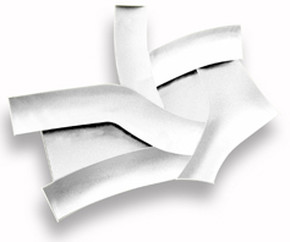