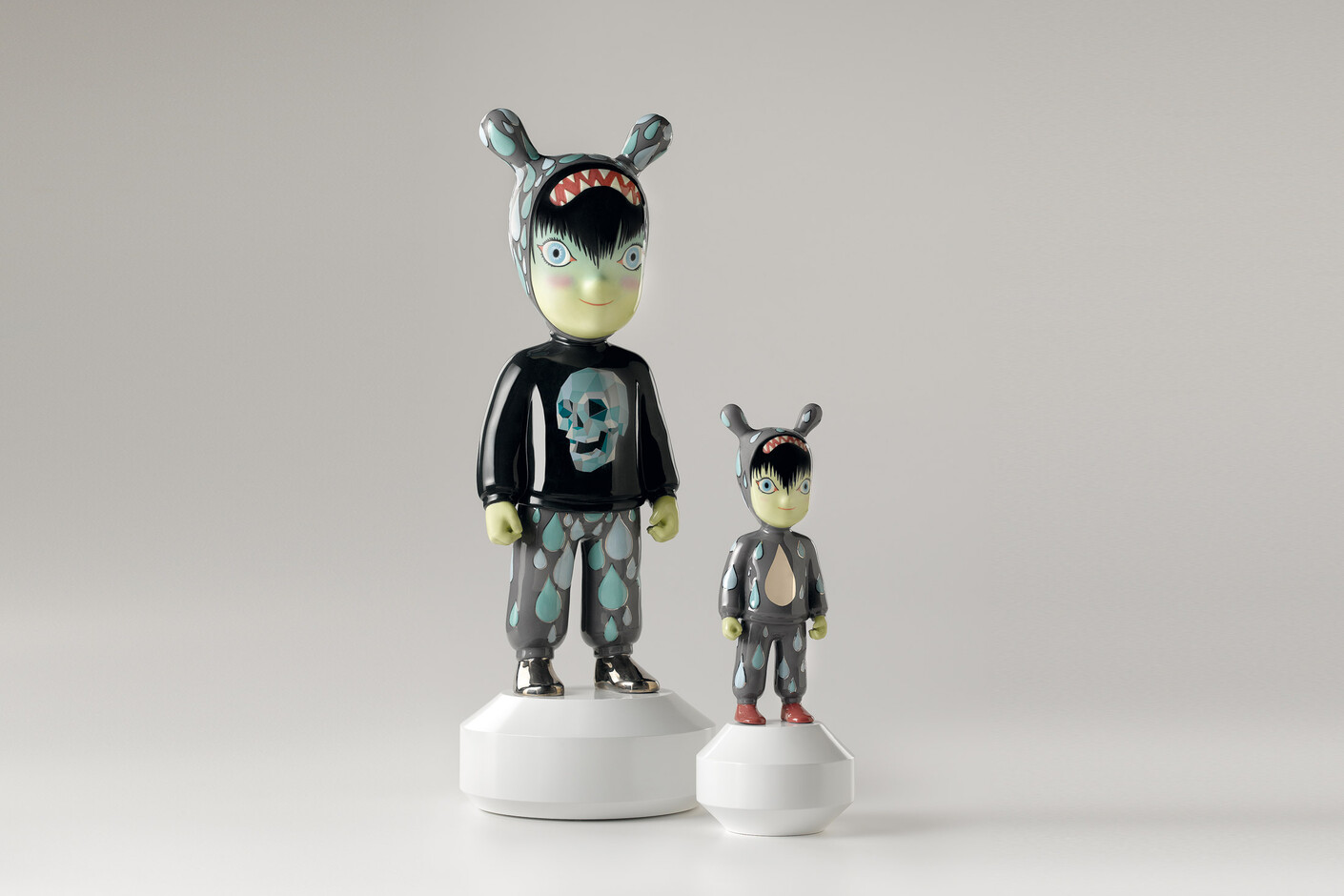 Tim Biskup was born and raised in Southern California where he lives and works to this day. From his early years going to punk rock shows and Disneyland in equal parts he was more concerned with his own aesthetic vision than with fitting in. His rejection of a traditional art education (He left Otis in 1988 after two tumultuous years) is further evidence of his commitment to his unique path. He pursued his technical training through years of work in the illustration, animation and graphic design industries. When he finally reached out into the fine art world, it was not through any gallery, but by creating his own series of live art auctions (The Burning Brush Art Auctions, 1999-2002), a novel move that launched not only his own career as a fine artist, but the careers of several other previously unknown painters. What has followed are a string of sold-out (and nearly sold-out) gallery exhibitions and inclusion in several high-profile museum shows throughout the world. Long recognized for his complex color and design theories and a decidedly populist aesthetic, Biskup has amassed a cadre of loyal fans and collectors, propelled further by his steady output of limited edition prints, vinyl figures, books, records and other objects. With recent forays into the writing of theoretical text, and performance art he seems determined to remind his audience that he has a lot on his mind. His theories and actions are at times light-hearted and even funny, but can tend toward nihilism, anarchy and revolutionary idealism, matching the visual intensity of his paintings, sculptures and prints.