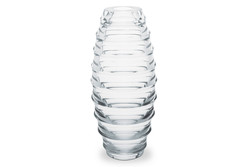 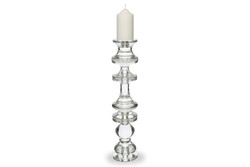 Vicente Wolf has been In the world of contemporary design for 30 years. He heads his own company, Vicente Wolf Associates, located in a spacious light-filled loft in New York City. It is from here that Wolf and his staff explore his
passion for design guided by the principles of integrity and simplicity.

Wolf has designed a wide range of projects including the L·S store in Hong Kong, the Luxe Hotel Rodeo Drive and Café Rodeo in Beverly Hills, the lobby of a Fifth Avenue office building, the Andrew Fezza company offices and showrooms,
the Registry stores in Chicago, L'Impero Restaurant in New York City winner of the 2003 James Beard Foundation Award for Outstanding Restaurant Design, Bedell Cellars Winery and guest cottage on Long Island's North Fork and
the executive offices of J Records for Clive Davis. Vicente recently designed the Diego restaurant at the MGM Hotel in Las Vegas, the SW Steakhouse for Steve Wynn's hotel Wynn Las Vegas, and Alto Restaurant, located in New York City.
His design projects include residential interiors and international locations as well, such as France, Israel, Japan, Saudi Arabia, and Sweden.

Vicente Wolf is the first interior designer to ever design the public spaces for IMG's "7th on 6th" fashion week event, including the lobby, VIP lounge and restaurant café. Wolf has contributed designs to many organizations, such as
"Dining by Design" for DIFFA. He was the honorary Chairman of Design for the Miami Beach Showhouse to benefit the New World Symphony. Wolf was one of the designers chosen to be a part of Absolut Vodka's "Absolut Design"
advertising campaign.

Wolf teaches an annual course through Parsons School of Design in Altos de Chavon, Dominican Republic. He is a sought-after speaker for design shows throughout the United States and has lectured overseas in South Africa, Japan,
and Australia.

Beyond interior design, Wolf has designed everything from furniture collections for Carson's, Casa Bique, Henredon, and Neidermaier; lighting for Tyndale and Sirmos; and rugs for the Doris Leslie Blau Designer Collection and Tufenkian
Carpets. He created flatware collections for Sasaki, various tabletop and bedlinens for the L·S Collection, even crystal, china and stemware for Steuben. His own line of sterling silver flatware is available in his NYC showroom, VW Home. Wolf is presently designing a series of resin vases and candleholders.

Vicente Wolf's VW Home showroom carries everything for the home, including antique furniture, accessories, and bedlinens that he handpicks while traveling the globe. VW Home also features furniture, upholstery, lighting, fabrics,
wallpaper and mirrors designed by Wolf specifically for the showroom.

Over the last few years Wolf has become known for his other passion-photography. He has had individual gallery shows, photographed his design projects for magazines, and photographed the advertising campaign for Anichini
Linens. His latest photography series entitled Plateau was exhibited this fall at the Naomi Silva Gallery in Atlanta, Georgia and is currently at the Pucci Gallery in New York City.

House Beautiful named Vicente Wolf one of the 10 most influential designers in the United States, and Interior Design Magazine inducted Wolf in its Designer Hall of Fame. He was selected as one of the top 100 designers in both Metropolitan
Home's "Design 100" and Architectural Digest's "AD 100".

Vicente Wolf's first book, Learning to See, focuses on personal style and travel. His latest book, entitled Crossing Boundaries: A Global Vision of Design, depicts the many design inspirations found throughout the world from the
perspective of an observant traveler.