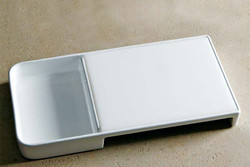 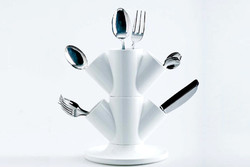 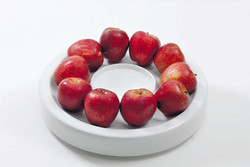 Delineo Design got to a good start in 1999. Like all new things in design, it was born from a desire to communicate something different, something new and ambitious, but above all from a great passion for this line of work: the designer! Naturally, at the beginning, the first step is to put to use all past experience, past kilometers.... and to then collect new energy to surrond one objective. The starting point was Giampaolo Allocco, whose training involves industrial project development and significant experience working at some prominent companies in the ski boot industry, where he was able to learn about all the different stages in project development with a final result of industrialization. Thereafter at a prominent communications studio where industrial groups such as Benetton Group, Aprilia, Armi Beretta, Fiat, and others seeked consultation, he was named the coordinator of product for these same companies, finding himself among many creative people. Always in search of new stimuli, he participated in a "Glass and Design" workshop with architect Alessandro Lenarda as well as in the "Domestic Safety" workshop with designer Marc Sadler, both winners of the Compasso d'Oro. He began to unify his experiences by finishing his training off with a Masters in Industrial Design in Padova with professors from the Politecnico of Milano such as Ottorino Piccinato and architect Bruno Scagliola (whom for 14 years was part of Ettore Sottsass Associati). It was in 1998 that he began to work on his own as an industrial design and corporate identity consultant for various prominent sports industries from snowboards all the way to Formula One! In 2000 he decided to finally create a true product developement structure by founding delineodesignequipe in Montebelluna, an important industrial area in the heart of northeastern Italy. From the beginning, this new design agency became a team of young people that make creativity their principal virtue, experience and concrete ideas their pillar of strength, and dynamism their weapon to guarantee results. Among the first to believe are Roberto then Nicola, Michela, Stefano, another Stefano and Fabio. Yes! Because at delineodesign, different capabilities find a place within the stages from design to product, in cosmetics, to the development of 3D models that come before prototypes and nonetheless molds. Another area of the studio is responsible for corporate identity giving any company a complete consultation. The work ethic that delineodesign has developed over the years has allowed them to face any industry in the market. The result of all this is the names with which it has worked from BRIKO, to Derby, Lange, USP, Minardi Formula One, Laguna light, Carraro cicli S.p.A., Kristalia, Gruppo Doimo.