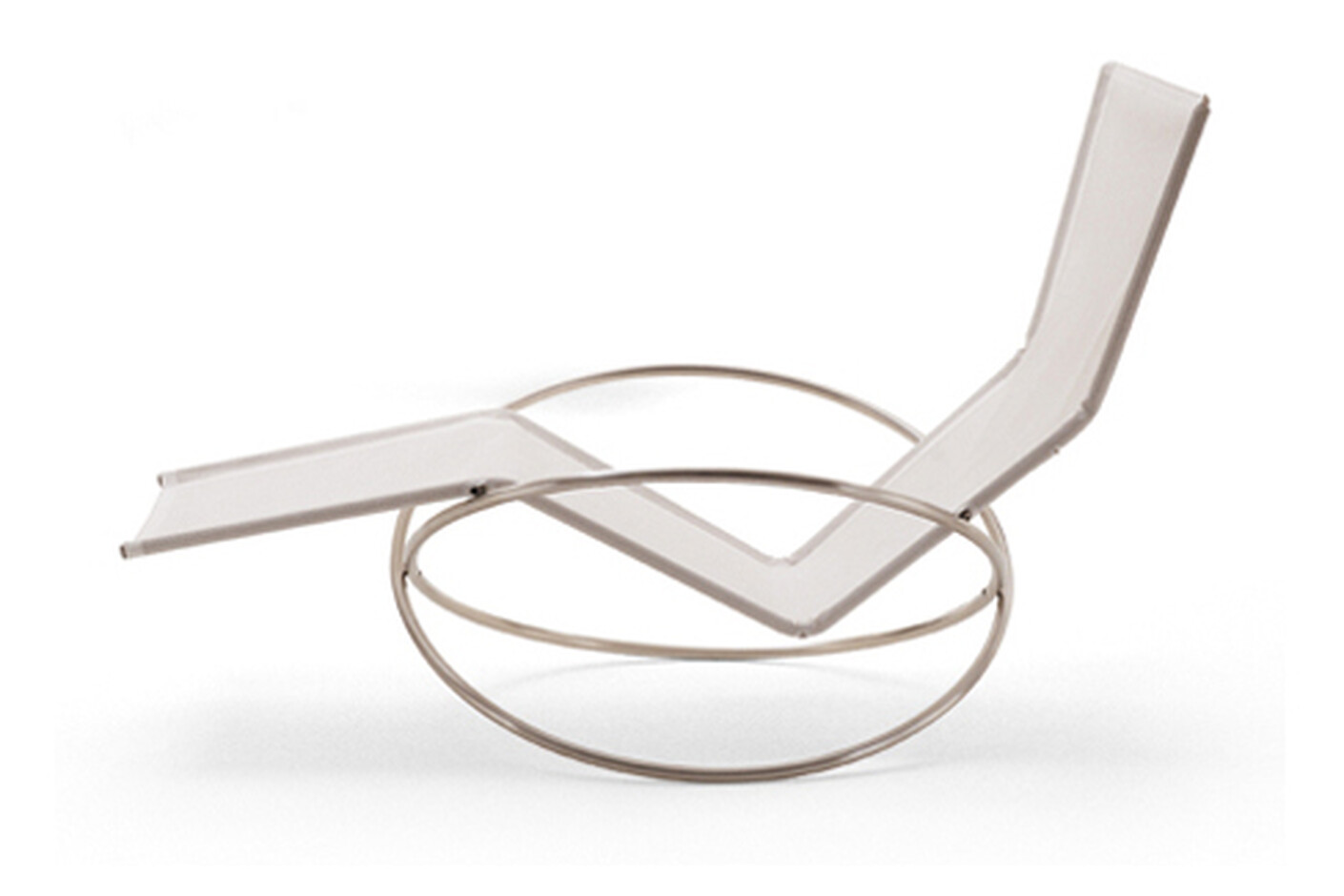 Gala read physics and philosophy at Oxford and London Universities, followed by eight industrious years in film production. A long standing appreciation of 3d design and a desire to explore further, led her to return to education and a distinction in furniture design and realisation from London’s Metropolitan University.

This mixed background informs her designs, which often elegantly combine mechanics and materials. In 2004-5, she freelanced at Habitat under creative director Tom Dixon. Working on their VIP range, Gala helped turn the VIP’s vision into tangible objects. In the meantime, Italian manufacturer Coro Italia added the Loop Lounger to their range. Loop was born in the college workshop and continues to be a best seller for Coro Italia several years later.

As well as working as an independent designer, Gala is part of the design studio Viable London, who since forming in 2005, have exhibited internationally and with the Design Museum in London (2006). Gala’s work with Viable London has earned media recognition- the Milton cabinet range for Habitat won a 2010 Homes and Gardens classic design award and was nominated for Elle decoration’s design of the year 2009 and the OTT hooks successfully won the accessory category in 2007.

Her relationship with Cornwall based MARK PRODUCT produced the Arris range and the Bosco sofa for John Lewis, both of which feature crafted wood detailing, and her work for Ercol includes the 2011 Ekero bedroom range and the Pinter dining range for 2012. She continues to build relationships with clients both in the UK and internationally.