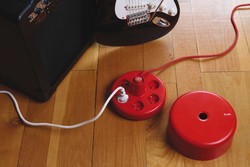 Georges Moanack was born in Bogotá, Colombia, in 1978. He studied Industrial Design at the Universidad de Los Andes in Bogotá (1999 - 2003). After graduating, and thanks to his degree project Trazo (a modular system that organizes flows of pedestrians), h

e set up his own design studio, Tactil Design. For four years the studio developed projects for a wide range of clients, from product to furniture manufacturers. His main clients include TransMilenio - Bogotá´s public transportation authority - for which

he developed and produced Trazo.
In 2007 he moved to London, where he studied for a masters degree in Product Design at the Royal College of Art. During his MA, he had the opportunity to develop projects for companies like BASF and Mothercare. In 2008

his project Blind+ received an honorable mention in the 21st Koizumi International Lighting competition in Japan.
Since 2009 he has been living in Barcelona, working on both commissioned products and self-initiated projects. Moanack is interested in t

he human aspect of design and how it influences users’ day-to-day lives. His proposals start out from people’s needs, incorporating aesthetics, functionality and design simplicity with the ultimate aim of enhancing users’ physical and emotional wellbeing. 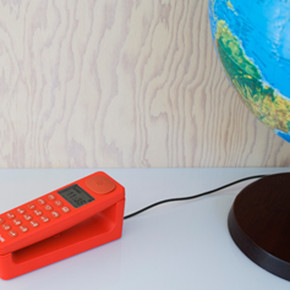