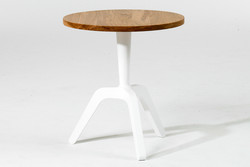 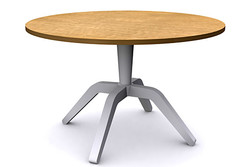 The youngest of the six British designers to have worked with Case Furniture, James Harrison graduated just two years ago from Northumbria University with a 1st class Honours degree in Three Dimensional Design. Whilst continuing to develop his own product range with James Design, a company he set up with partner James Kinmond, he also works as an independent freelance designer.

Harrison enjoyed immediate success after his graduation in 2005 when he was short listed for Graduate Designer of the Year and exhibited at the Stockholm International Furniture Fair. He went onto cement his initial success with an extremely busy year in 2006 winning the CMP Young Designer of the Year and Living Etc's Best New Designer 2006 combined with appearances at The Birmingham Furniture Show, Stockholm International Furniture Fair, Launch Newcastle, One Year On London and The London Design Festival.