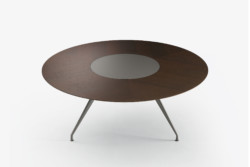 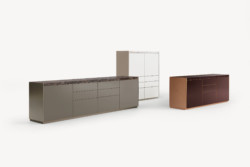 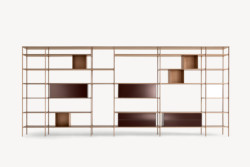 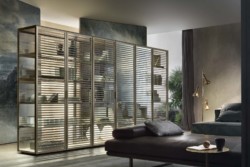 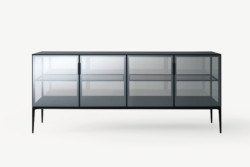 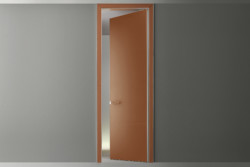 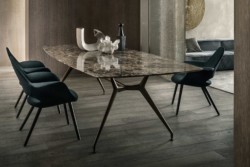 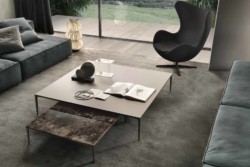 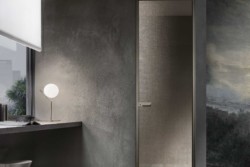 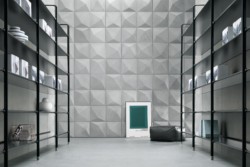 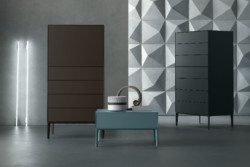 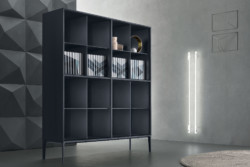 RIMADESIO was set up in Desio in 1956.
From the very start, a great vitality and a strong will to experiment and innovate, applied above all to the manufacture of glass was applied to its productive structure, allowing it to quickly transform itself into a recognised and prestigious industrial player. Rimadesio's attention to the architectural definition of the spaces that characterise the whole of the current collection, took form in the early Eighties with the creation of Modulo, the first example of a mirror-glazed wall unit. A project designed by Martino Perego that already brings together in itself all of the principal features of each Rimadesio offering: versatility of composition, broad stylistic definition, functionality, reliability.

In 1992 the company decided to employ its energies in the creation of a completely new line of products for the furniture sector. Utilising glass and aluminium in a new and technologically evolved way, a diverse collection of systems for the subdivision of interior spaces is born. Doors, sliding panels, bookcases, walk-in closets and tables. All in pursuit of the most rigorous design and of a clear sensitivity to the environment: aluminium and glass are, in fact, 100% recyclable. Aluminium and glass become the two "quintessential materials" of Rimadesio's design vision, able to give form to an exceptional variety of designs by Giuseppe Bavuso.

Starting from Siparium, the first patented system of aluminium/glass sliding panels, always made to measure, that involved the studio in a long study and engineering phase, with an initial investment of more than three billion Lire (c.1.5 million euro). It is still our best-seller: its success is underlined also by the numbers of copies that have been produced worldwide. Arriving at day and night-time designs, such as Abacus, that today precisely express the journey undertaken, or further the search for the marriage of aesthetic perfection, function and technological innovation as typical features of Rimadesio.

The new millennium marks a further development for Rimadesio and the move to the new industrial complex of Giussano, to the north of Milan, which is larger and more functional (21.000 m² of surface area with 110 employees), which houses offices, a state-of the-art productive structure where the production of flat glass and aluminium profiles is completely automated and integrated with the company's computer system, a flagship store of 1200m², also a place for meeting and dialogue, training and information, where all the elegance and design strength of its systems is on display.

The evolved design capacity, the quality of the materials used and the security that comes from them have allowed the company to rapidly expand not just in Italy but also in the most important countries of the European Community, in the emerging eastern European countries, in China, Japan and the United States.

The constant growth and development of the company can be attributed to its concentrated and dynamic commercial policy which has led to its expansion through the creation of Rimadesio corners in selected sales outlets and the opening of single brand showrooms, the natural outcome being the high profile of the brand and its style. Milan, Monza, Rome, Bologna, Palermo, Catania, New York, Chicago, Boston, Miami, Paris, Barcelona, Madrid, Vienna, Istanbul, San Paolo, Beijing Shenzen, Taipei, Hong Kong are the tangible evidence of the evolution of Rimadesio and of the project on which it was built; its story is continuing with success. The next opening: another three showrooms in China, apart from London and Varsavia, added to other single brand shops that already exist around the world. 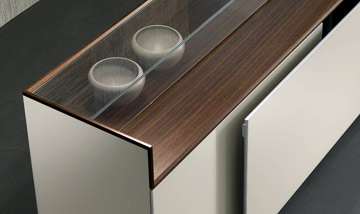 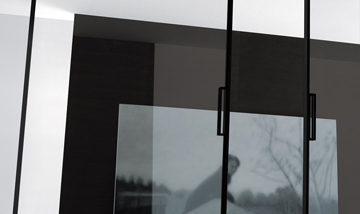 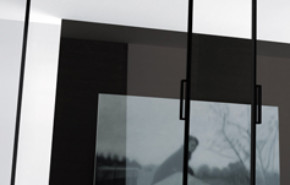