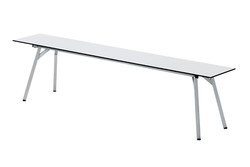 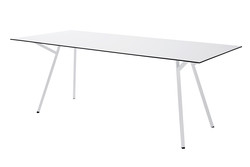 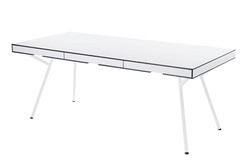 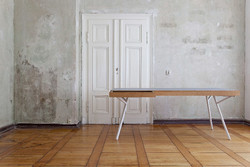 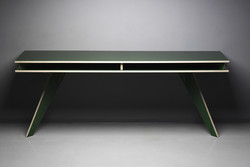 German designers Philipp Schöpfer and Daniel Klapsing first met in 2006 as students at the Bauhaus-Universität Weimar. A year later, while still in school, they cofounded 45 KILO, a studio dedicated to furniture, lighting, product, and interior design. In 2012, they relocated to Berlin and opened a studio-showroom in the Mitte neighborhood. In 2013, 45 KILO established its own design brand, called MY KILOS, which produces and distributes a selection of the studio’s designs.

45 KILO’s work is marked by a functional, clean-cut aesthetic. Describing their approach, Klapsing and Schöpfer say, “We love to combine industrialized production processes and materials with crafts in a very reduced and simple visual language.” The cofounders refer to themselves as a “redesign studio”—as opposed to a design studio—“as a lot of designs are based on specific, existing models. We keep what we like about a design and update the rest.”

Standout projects to date include Egon (2010), a series of classic, tubular tables with interchangeable tops, for which the studio earned the 2010 Red Dot Design Award; Black Stracciatella (2015), a Memphis-inspired furniture and accessories collection composed of polyethylene in black flecked with white; and Busy Table (2009), a series of tables that feature angular, powder-coated sheet metal bases with a choice of tops in a variety of materials.