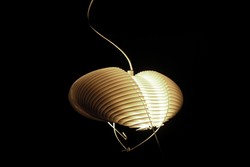 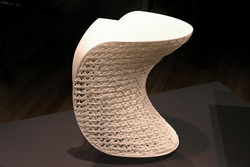 Assa Ashuach was born in Israel, in 1969. He studied a BA in product design at the Betzalel Academy of Art and Design. Just after graduating, he opened a design studio that dealt mainly with design in cooperation with architects. One of the studio’s major projects was the Football stadium VIP lounge at Bloomfield Tel Aviv. He moved to London in 2001, where he continued to work on his studio’s projects while completing a MA at the Royal College of Art and Design. He graduated in 2003 and received the RCA Society and Thames & Hudson Art Book Award for 2003. His studio focuses today on three main tracks: product design, collaboration with architects and self-production. Assa also teaches 3D design using digital tools and machinery. He exhibited at different galleries and museums and was invited to Japan by IDEE to show at the Esplanade Spiral Building in Tokyo. Some of his work was bought by The Contemporary Art Society for The Special Collection Scheme in London 2004.