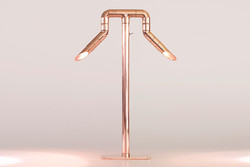 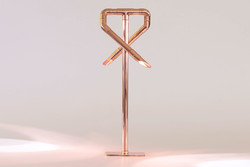 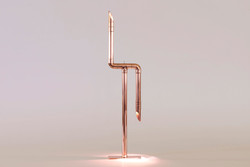 Aqua Creations
Head Up Shoulders Down 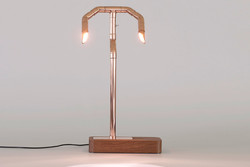 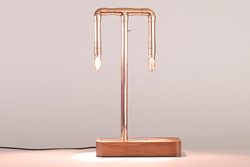 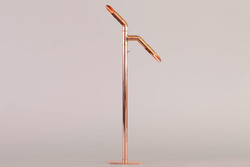 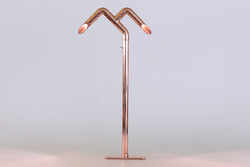 Aqua Creations
Standing On One Leg And Trust 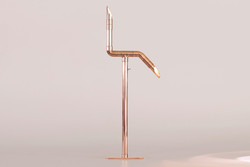 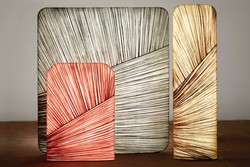 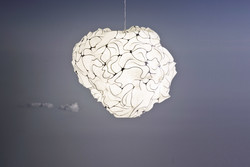 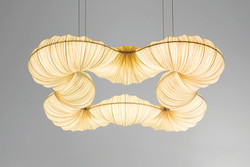 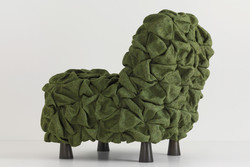 Ayala Serfaty was born 1962 in Tel Aviv, Israel.
She studied Fine Arts in the Bezalel Academy of Art (Jerusalem, Israel) and in the Middlesex Polytechnic (London, UK).

She has taken part in numerous Group & Solo Exhibitions, Trade Exhibitions and Fairs and has received many Awards for her work. As to the most recent one, Ayala Serfaty was awarded the Israel Minister of Education and Culture's annual Design Award in 2006.

Ayala Serfaty's work can be most fittingly described as "organic" – so much that Paola Antonelli, Curator of Design Department of MOMA, New York, once commented on her as "the champion on the organic design".

Her work is the interaction of design and art, function and spirituality. "In my conception, I could really not draw a line between my art practice and my design. I believe that the energy emanating from my work is a direct result of them being on the twilights between both worlds, while optimizing each ones quality." In general, she refers her work to the human condition and on the circle of nature. "In a way, I want my pieces to stimulate intimacy in our immediate environment, to be a reminder that life is a mystery and we should celebrate it as much as try to understand it.

I want my pieces to convey a link with our mortal existence, with our emotions and hopefully with our spirituality."