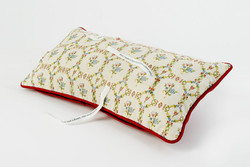 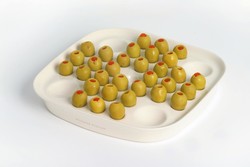 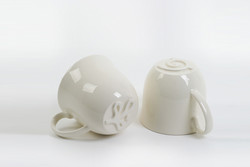 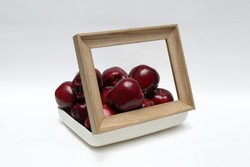 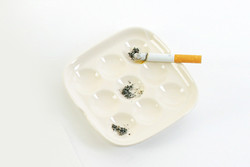 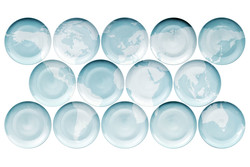 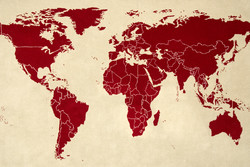 Barnaby Barford is an artist who works primarily with ceramics to create unique narrative pieces. He works with both mass-market and antique found porcelain figurines, cutting up and exchanging elements or adding to them and repainting them, to create sculptures which are often sinister and sardonic but invariably humorous. With irony, he draws a portrait of our contemporary lives.

In Barford’s world a kitsch figure of a 19th century peasant boy becomes a 20th century teenage thug in a hoodie; rustic maidens dancing on a bed of roses brandish guns; a charming scene of a Victorian family sharing a meal is undermined by the copious buckets of KFC fried chicken which they’re laying into. Through his unique works, Barford explores all aspects of our society. Following in the tradition of Hogarth, Chaucer, Dickens and Shakespeare; with a dark sense of English humour and satire, Barford's work explores and celebrates the human condition.

Barnaby Barford (b. 1977) graduated from the Royal College of Art in 2002. He has been the subject of several solo exhibitions in the UK, and has shown in exhibitions internationally. His work is part of both public and private collections. He is currently represented by David Gill Galleries, St James' London.

As well as creating his one-off pieces, Barford has made projection based installations and worked with prestigious companies including Nymphenburg.

Barnaby Barford has also directed a unique film based on his highly acclaimed artwork made from ceramic figurines for Animate Projects which was broadcast on Channel 4 in September 2008. Damaged Goods is a tragic love story played out by porcelain figurines. It explores notions of forbidden love, material wealth and class divides using the traditions of value within ceramics. On the cluttered floor of a bric-a-brac shop a poor, down-at-heel boy looks up to the top shelf to see a beautiful girl in tears amongst the crystal and silver. Accompanied by an original composed score, the story follows the boy’s attempt to rescue the girl.

This touching film was commissioned by Animate Projects who develop initiatives that explore the relationship between art and animation and the place of animation in contemporary art practice.