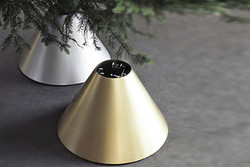 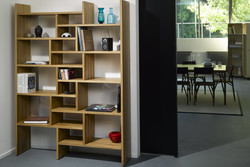 Where does a product designer get his ideas from? From new materials which encourage challenging new application possibilities. From new production techniques which make the previously unthinkable possible. And by observing everyday life manifesting unsatisfied needs.
It is in this arena Zurich designer Beat Karrer develops new products which resound favourably with his renowned clientele such as Anthologie Quartett and Designerslabel (Germany), Boffi (Italy), Hidden (Netherlands), Offecct (Sweden), Burri and Tossa (Switzerland). As well as among the juries at international furniture exhibitions in Belgium, Germany, Spain and Switzerland which awarded Beat Karrer with several prizes for his designs which often are unusual in their approach yet very functional and practical in their daily application.
Nowadays Beat Karrer is also an active guest critic at ETH Zurich, lectures all over Europe, participates in juries and holds a summer workshop at Vitra. Beat Karrer's ideas have appeared in many publications and various books, for example the "International Design Yearbook 2004".