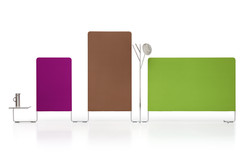 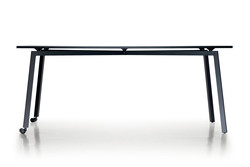 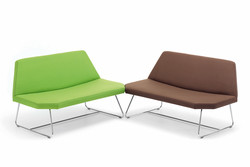 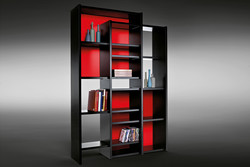 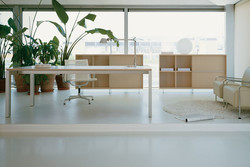 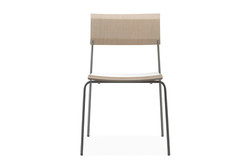 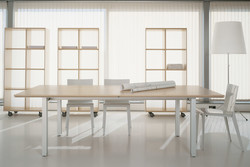 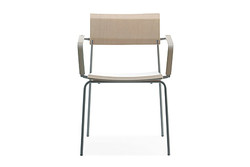 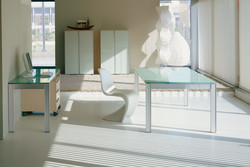 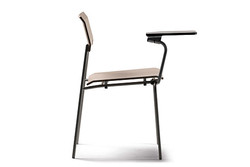 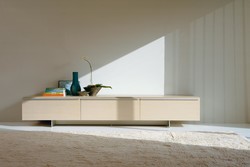 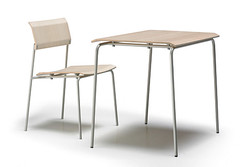 Carlos Tíscar (1964). Graduated in Industrial Design on 1982 at the "Escuela de Artes Aplicadas" of Valencia. Two years later he continued his studies in Italy at the "Scuola Politécnica" of Milán. In 1987 he started working professionally as a designer and was part of the design team "Factoría Diseño Industrial" Later, in 1991, he became a member of "Gesto Design Management". Since 1993 he manages his own studio.
He has developed his design activity covering several aspects of design, such as object design, furniture design and design for exhibitions and stands. Actually he works on projects in the fields of home furniture, office furniture and furniture for public installations, he also takes part in the artistic management for some clients.
He has given industrial design lessons at some schools as, "Barreira" in Valencia, "AIMME (Asociación de Industrias metal-mecánicas)" in Paterna and "EsdiCEU" in Valencia. Main clients: bm, Concepta, Hodema Office, Liv'it, Offecct, Paularte Design, Sellex. Selected for the "Bienal de Jóvenes Creadores del Mediterraneo" in Bolonia (1987), by the city council of Valencia; "Valencia Innovación" design awards for ABC Electrónica (1990), and the brand Mundinfant (1994);
Award for best stand and product communication, for the program "Top" BM (2000), in the field of modern furniture, in the International Furniture Fair of Valencia. Interviewed by the TV channel Punt 2 for the program S'estila in 2007. Exhibition of the chair Tanka at Vinçon in 2008. Selected for Spain Emotion at Tokio Designer's Week 2008.