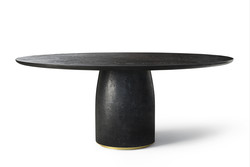 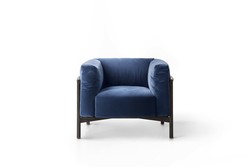 Born in Veneto not far from Venice Chiara Andreatti moved to Milan where she graduated in Industrial Design at IED in 2003 and attended a master at Domus Academy. She collaborated with designers studios such as Raffaella Mangiarotti, Renato Montagner and since 2006, she works with studio Lissoni Associati (MI), following through, parallel freelance projects and working with companies like Atipico, Glas Italia, Non Sans Raison, CCtapis, Covo, Reflex, Casamilano and Armani Jeans. With a continuous research for aesthetics she often combines the artisan culture of her venetian roots with the design and industrial needs believing that an handcrafted and poetic touch on everyday objects will enrich our life.