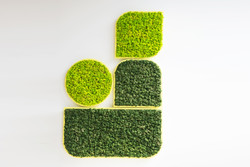 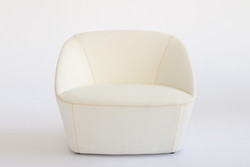 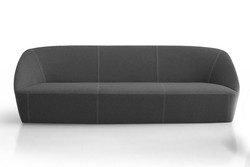 Grosser is active in design education. He currently teaches advanced design studios at the prestigious Art Center College of Design, in Pasadena CA.
His lecture -Positive Design: The Emotional Power of Beauty- has been delivered to architects and designers across America and he has served as a judge in several design competitions including the 2007 Bombay Sapphire Designer Glass competition.Cory Grosser designs from the unique vantage point of an American designer with a global perspective, and subsequently he's become one of the most exciting designers of his generation.

Born in Rochester, New York in 1975, Grosser earned an architecture degree from the State University of New York at Buffalo before attending the Art Center College of Design in Pasadena, California.

In 2001, he founded his studio in Los Angeles and began serving international clients across several disciplines including furniture and product design, textile design, brand strategy and architecture. As both a multi-disciplinary designer and brand strategist, his client list includes major multi-national corporations, and leading European design houses including: Ford Motor Company, Bombay Sapphire, MDF Italia, Dellarobbia, Frighetto, SpHaus, Textus, Mini Cooper and Surface Magazine.
His work has been featured in design publications worldwide, including the covers of several magazines including Casa-D in Italy and Surface Magazine in the US. Surface Magazine named him one of the Top Avante Garde Designers in America and The Wall Street Journal named him -one of the designers most likely to become a household name.- He has won several awards including an ID Magazine Design Review Award, Best of Neocon Award, a Gold Award at IIDEX-Neocon Canada, a finalist for the Hot Seat Competition sponsored by Metropolis Magazine, and an I.Dot selection representing the best of recent Italian Design.