Davide Oldani Designer Davide Oldani, the creator of cucina POP - high quality and accessibility - opened his restaurant il D'O, in 2003, in his hometown of Cornaredo in the province of Milan. One year after opening, the world's most authoritative food guides counted him among the greatest chefs of contemporary Italian cuisine. Prior to opening D'O, he worked with Gualtiero Marchesi, Albert Roux, Alain Ducasse and Pierre Hermé. In December 2008, Oldani was awarded the Ambrogino d'Oro by the City of Milan. In November 2013 he was invited to Harvard Business School to share his experience as an entrepreneur following a case history about his restaurant, which was published in the Harvard Business School Review: the economics professors at the university defined his approach and his organization applicable to many different sectors, not only to restaurants.

In 2016 he inaugurated a restaurant in Manila and opened his new D’O at Cornaredo*, an evolution of the previous one, where he will be able to create “greater” cuisine, able to be measured against the other cuisines of our country and not only. His activity as a designer is born from keen observation of his guests and their habits. Tables, chairs, dishes, tableware and glassware are inspired by the POP cuisine philosophy - simple, functional, elegant. 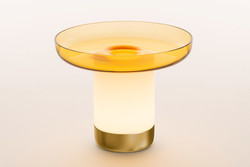 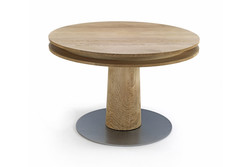