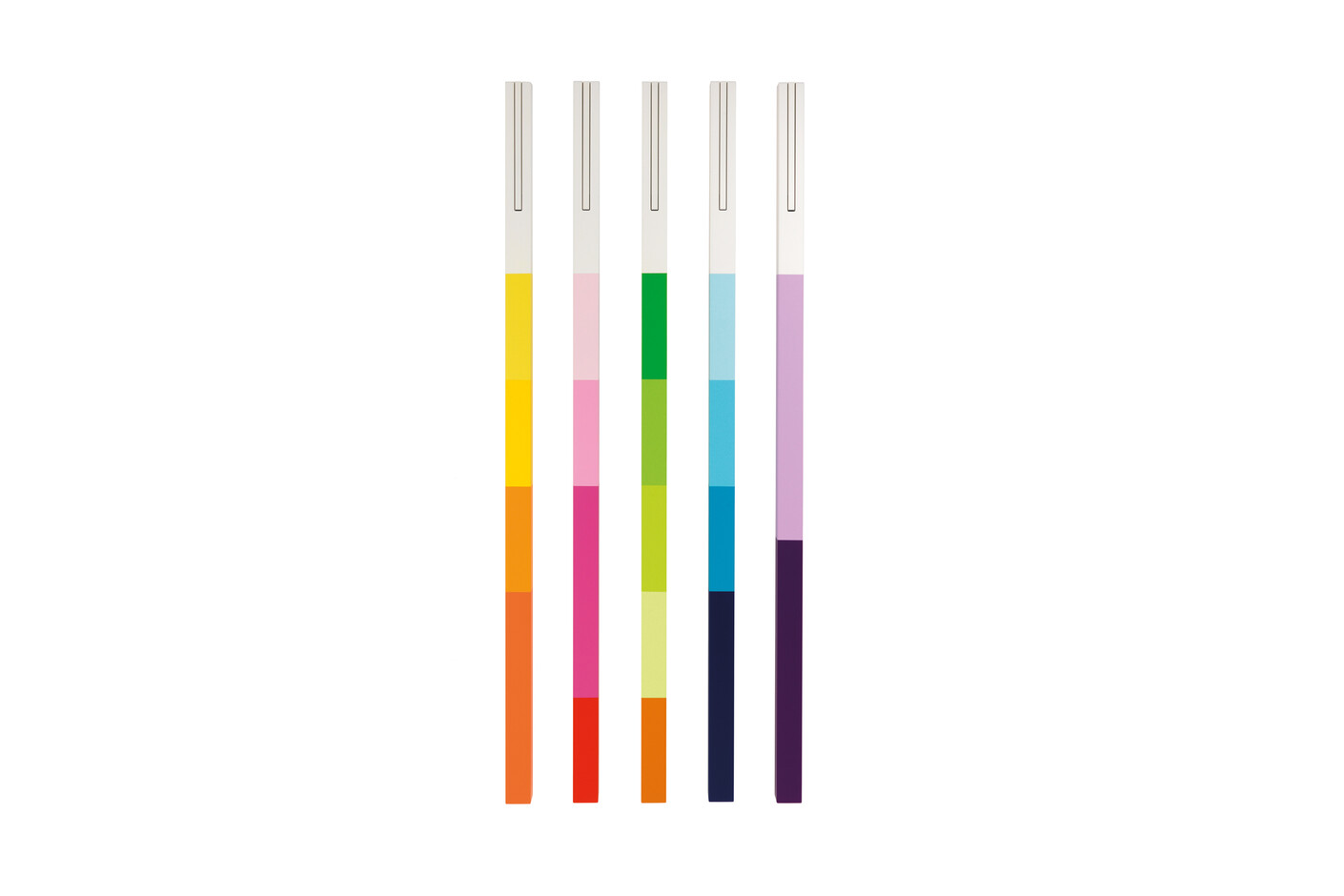 Forming space with colour is how Emmanuelle Moureaux describes the creative core of her work. She studied architecture at Bordeaux University before she moved to Tokyo in 1996. The company she opened there in 2003 has been known as “emmanuelle moureaux ar

chitecture + design” since 2009. The culture and architecture of the country in which she lives and works are her major sources of inspiration. Emmanuelle Moureaux gained international recognition for her colourful “shikiri” concept. This invented name, t

ranslated literally, means “to divide space using colours”. She has undertaken projects in frontage design, interior furnishing and exhibition stand design. Since 2008 she has also taught product design at the Tohoku University of Art & Design. For Schönb

uch, Emmanuelle Moureaux has created MILLE-FEUILLE, a multi-coloured chest of drawers positioned on the undefined border between furniture and artwork.