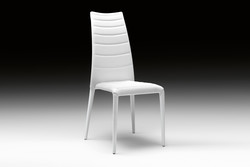 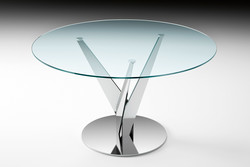 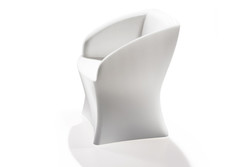 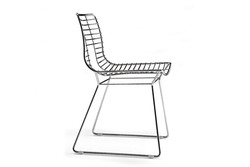 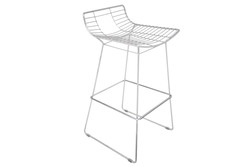 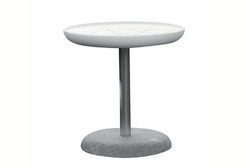 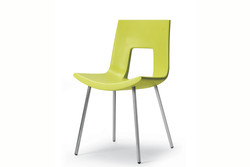 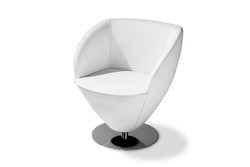 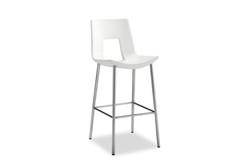 Fabio Di Bartolomei was born in Udine, the town in which he still lives. In 1979 Di Bartolomei set up his own studio in Udine and later established international contacts which led to the opening of satellite offices in New York-USA, Warsaw-PL and in Brisbane Brendale QLD-AU.

The primary subjects of his creative thought, to which he gives great importance, are the daily needs of each individual in relation to his habitat. With this in mind, Di Bartolomei starts his research for the right balance between image and functionality. The expression of this can also be seen in his design works which he believes must always suit the functions for which they were intended. He feels that in a project, beauty, though important, it is not the main purpose of a designer’s expression. First of all, he should conceptualise and then create objects for living.

Di Bartolomei is involved in Industrial Design, graphic projects, organisation of exhibitions, the planning of buildings, and interior design, both public and private. His personal Design exhibitions have been set up in Italy as well as abroad.

Some of his works have also been selected and exhibited in museums like "The Museum of Modern Art" (MOMA), New York in the exhibition of "Mutant materials in contemporary design" and in "The Cornig Museum of Glass", Cornig-NY (USA).
Furthermore, in 1996 he was invited to participate in the exhibitions: "I Progettisti del Triveneto" (Designers of the Triveneto area) in Verona, and "Designer del Friuli-Venezia Giulia" (Designers of Friuli-Venezia Giulia) held at Villa Varda, S. Cassiano, Brugnera (PN).
In 1991 he designed the "TOKYO" table for CALLIGARIS that was selected for the "Young & Design 1991" award in Milan.
In 1996 he was awarded the "Marcello D’Olivo" prize for design.

In 1997 Di Bartolomei won the TOP TEN award at the International Chair Exhibition in Udine, Italy, with his "Shuttle" model and in 1999 with the model "My chair", both designed for P.S.M. In addition to this company, Di Bartolomei has also designed for some of the most renowned Italian furniture and lighting industries, namely: Bieffe, Calligaris, Cidue, Fiam Italia, Frag, IMS- ID Export Group, NFK International (USA), Montina, PSM, Reina (CZ), Rossi di Albizzate, Prototipo, Skipper e Tonon.

In the 1999 he designed "STAR GAME" Sideral Clock (Displayed at the Theatre Giovanni da Udine in Udine - Italy and in the Astronomic Observatory in Prague-CZ. The Sideral time is recognized like the new world time by UNESCO).

Since 1998 his commitment to design has also extended to the publishing sector. In fact, he writed for the Messaggero Veneto daily newspaper in the architectural section where he has a cultural column called "Design & Designer".

In 2002 his biografy and work has been included in “The Museum of Modern Art Design Enciclopedia” published by MoMa of New York.