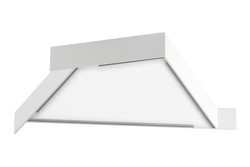 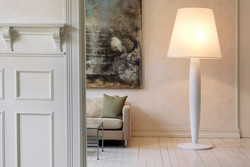 Born in 1964, Ferran Estela studied industrial design in the Elisava school in Barcelona, working at the same time in various industrial and interior design studios. In 1989, he attended a master course in industrial design at the Domus Academy in Milan, thus leading him to a deepest understanding of design and a new way of working, with an Italian sensitivity. Ferran Estela confirmed in Italy his will to work as an independent designer, as would have done a "man of the Renaissance that, paying careful attention to what happens in the world, is capable of synthesizing and giving fresh and interesting ideas to producers. "At the end of his studies Estela came back to Barcelona, where he set up his professional studio. From there, he has contributed with new and fresh ideas to the world of furniture and lighting design: "I am interested in dealing with objects for which design is decisive; those pieces in which, beyond a good solution for its function, we find artistic, cultural and emotional aspects that induce people to posess them." This can be seen in his armchairs Otto and Fritz (1992), Iris (reedited by Santa & Cole), the Liceo chairs (1993), Maja (1996), Only You (1996) or Cándela (1998), or the Lalinia (1994), Bit (1994) and Athena (2000) lamps.