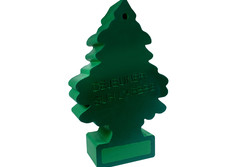 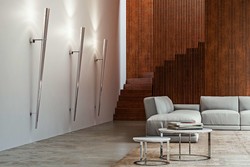 He graduated from Turin Polytechnic in 1971 and started his career at the famous Studio 65, where he worked from 1970 to 1975. These were the years that brought us the first expressions of radical architecture, promoting a return to “man-centric” design. This period saw Studio 65 collaborate with Gufram to create the Multipli collection, a true representation of an era.
An interest in the social nature of architecture emerges from many of the projects he has worked on, including: the sports centre in Montreal, the Japanese Consulate offices in Montecarlo, the trade fair district in Cuneo, the Mondo industrial estate in Alba, the new Airport in Cuneo and the new Museum of the Republic in Cape Verde.
He teaches Environmental Technology at the Faculty of Architecture at Turin Polytechnic. He took part in the IX, X and XI Biennale of Architecture in Venice. He received the Dedalo Minosse International Architecture Award in 2004, 2006 and 2008. In 2008 he designed the Graal wall lamp for FontanaArte, a modern makeover of the ancient medieval torch, with a wall-mounted holder.