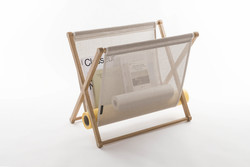 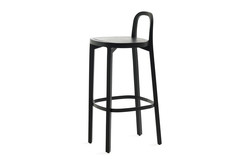 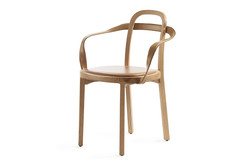 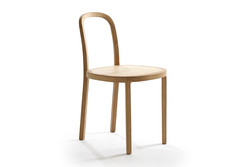 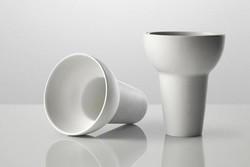 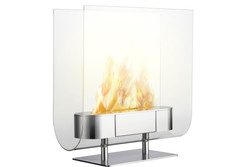 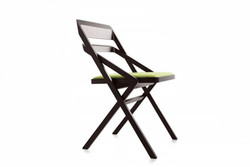 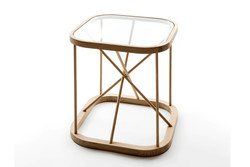 Ilkka Suppanen has studied architecture at the Technical University of Helsinki and interior and furniture design at the University of Art and Design Helsinki. In 1995, he founded Studio Suppanen in Helsinki. The studio offers integrated strategic desi

gn in the fields of interior, product and concept design and architecture. The studio is specialized in international co-operation. The clients of Studio Suppanen include Artek, Axis, Cappellini, Ferlea, Lucente, Luhta, Nokia, Proventus design and Saab au

tomobiles.Ilkka Suppanen has taught design at the University of Art and Design Helsinki since 1996 and has lectured at several seminars.In 1997, he founded the Snowcrash design cooperative together with his three colleagues. Snowcrash is one

of the most significant Finnish design groups today. The international breakthrough of Snowcrash has brought many work opportunities for Suppanen. In the year 2000, Suppanen served as the creative director of Snowcrash. He is capable of managing large-sc

ale processes. He believes it is important to understand the whole value chain of the company. He appreciates long-term projects that leave space for innovation.Suppanen’s interest in production techniques and new materials and usages can be

seen in his works. His expression is light, forward-looking, yet classically Scandinavian. He is one the best-known contemporary Finnish designers. In 1997, Suppanen and his Snowcrash team received the Young Designer of the Year Award in Germany. The fol

lowing year he was nominated for the Dedalus prize for young European Designers by Ettore Sottsass as one of the four most important Designers under 40 years of age. In 2000, Design Forum Finland awarded Ilkka Suppanen and Harri Koskinen the Young Designe

r of the Year prize.Suppanen’s work has been exhibited worldwide including the Venice Architecture Biennial, the Milan Furniture Fair and the MoMA in New York. His works have been reported in the international press and significant publicatio

ns. His works are part of the permanent collections of the Stedelijk Museum in Amsterdam and the Museum Für Angewandte Kunst in Cologne.Suppanen was born in the town of Kotka in the Southeast of Finland, but he was brought up in the suburbs of

Espoo, near Helsinki. The sea and sailing are an important part of his life. One of his most recent projects is Villa Ilo, a summerhouse in the Turku archipelago. Suppanen designed the beautiful building in the middle of the element he loves – the