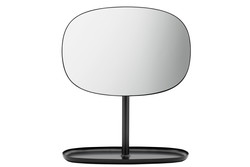 Javier Moreno graduated from EASD Alcoi, Alicante in Spain in 2005.

After graduating, he started his career as a Product and 3D Designer for a toy factory

After that, he worked at a few companies as Product Designer and Product Manager in the field of furniture and packaging.

es before starting his own design studio – Javier Moreno Studio in 2010.