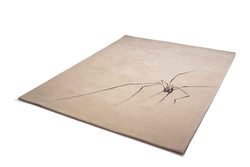 Jessica is a Fine Artist having studied sculpture, painting, drawing and printmaking.

After leaving college she continued to paint and draw. She invented an interactive toy called Brainbow, which was a finalist at the BFIY awards 2003. Brainbow has been shown at The Museum of Childhood in London and will be part of the Brighton Festival 2007.

The last few years have been devoted to drawing and exploring her lifelong fascination with nature. Returning to oil paint again last year.

She has shown extensively in a variety of unconventional spaces around London and as far out as a 17th century lookout tower on the cliffs of Essex as well as a solo show at Marmalade Towers, in connection with Marmalade magazine which has published her work.