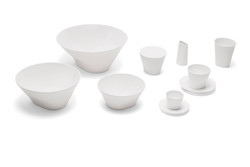 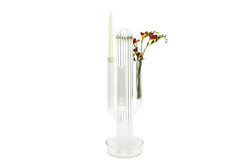 His studio, one of the most famous in the Czech Republic, has earned itself an international reputation. Pelcl, after studying at the Academy of Applied Arts in Prague and furnishing design at the Royal College of Art in London, in 1987 founded the Atika

group of post-modernist designers. Since 2002 he has been rector of the faculty of architecture and design in Prague. In 2006 he was presented an honorary degree by the University of Brighton and in the same year he received the national award from the C