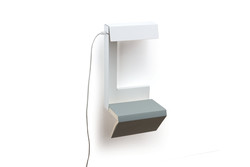 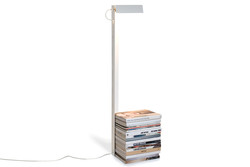 Julian Appelius was born in Munich in 1973 and grew up in France and Germany. After his „Abitur“ (general qualification for university entrance), he was trained as a cabinet maker and studied sculpture in Munich. Later he studied industrial design in Berlin, made his diploma in 2003 and opened the Studio Julian Appelius. He also works in the range of interior, exhibition- and eventdesign. He joined many international exhibitions and fairs for example Salone Satellite, ICFF New York, Louvre and Gallery VIA Paris, Light&Building Frankfurt, IMM Cologne, young+german Tokyo, RED Moscow „Best of Berlin“, Ambiente Franfurt, Maison et Objet Paris, Seoul Design Festival, DMY Asia Exhibition Tour and has been decorated many times.